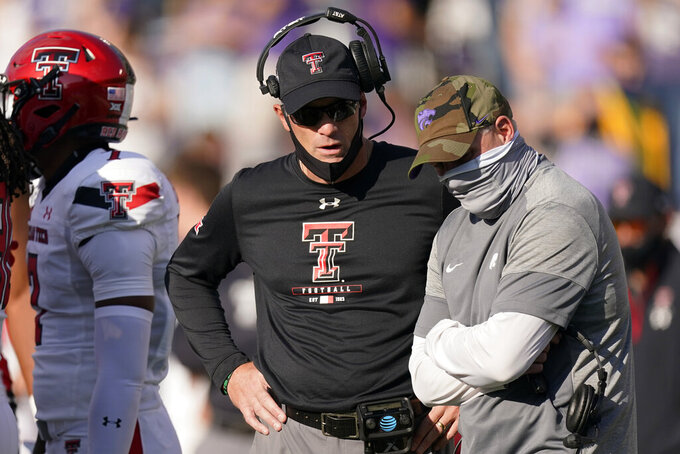 KANSAS CITY, Mo. (AP) — Kansas State coach Chris Klieman agreed to a contract extension through the 2026 season Monday that includes additional incentives and retention bonuses, despite a pandemic that forced the university to announce plans earlier this year to furlough up to 1,500 faculty and staff.

“We had been in discussions for an extended period of time, but certainly with sensitivity surrounding the COVID pandemic, we wanted to wait and finalize this contract once we were back to playing football and had some certainty about the season,” Kansas State athletic director Gene Taylor said in a statement. “Chris is a tremendous fit, someone who cares a great deal about his players, and most importantly, he and his staff are terrific football coaches.”

Klieman was hired in December 2018 to replace Hall of Fame coach Bill Snyder, who presided over a rags-to-riches story by leading the once-downtrodden Wildcats to the pinnacle of the Big 12 on two separate occasions. Klieman earned the job by leading lower-subdivision North Dakota State to a 67-6 record and three national championships.

Klieman's original six-year contract paid him $2.3 million the first year with a $200,000 annual raise, which meant he was due to make $2.5 million this season and would have been in line to make $2.7 million next season.

The soft-spoken Klieman has been embraced by the Kansas State community, both for his blue-collar nature and his on-the-field success. He led the Wildcats to eight wins and a bowl game last season, then presided over an offseason unlike any in history because of the coronavirus pandemic. And after a stunning lost to Arkansas State in their delayed season opener, the Wildcats have ripped off wins over then-No. 3 Oklahoma and Texas Tech.

The victory in Norman was the first for Kansas State over a top-5 team on the road.

“My family and I love K-State and we are very fortunate to call Manhattan home,” Klieman said in a statement. ”We have made great progress in just under two years here, but we still have a long way to go to get where we want to be, and we are excited for the future of K-State Football.”

News of the contract comes amidst a difficult time for universities and athletic departments across the country.

Early in the summer, shortly after the cancellation of the NCAA tournaments, Kansas State announced an emergency furlough of 430 employees that saved an estimated $2.75 million. Then in July, the school announced plans to furlough an additional 1,438 faculty and staff during the 2021 fiscal year to save an additional $5.9 million.

In all, the moves affected 42 coaches and staff members and saved about $1.5 million, while a reduction of operating expenses by 10% across the entire athletic department saved an additional $2 million.

“We are in the midst of such a unique time, and I sincerely appreciate our staff and coaches taking this situation in stride and showcasing strong leadership,” Taylor said at the time. "A lot of unknowns remain ahead of us, and this reduction plan will allow us to focus on the needs of our programs and student-athletes. We remain confident that the return to normalcy is ahead of us and appreciate all that our coaches, staff, student-athletes, fans and supporters have done to help us through."