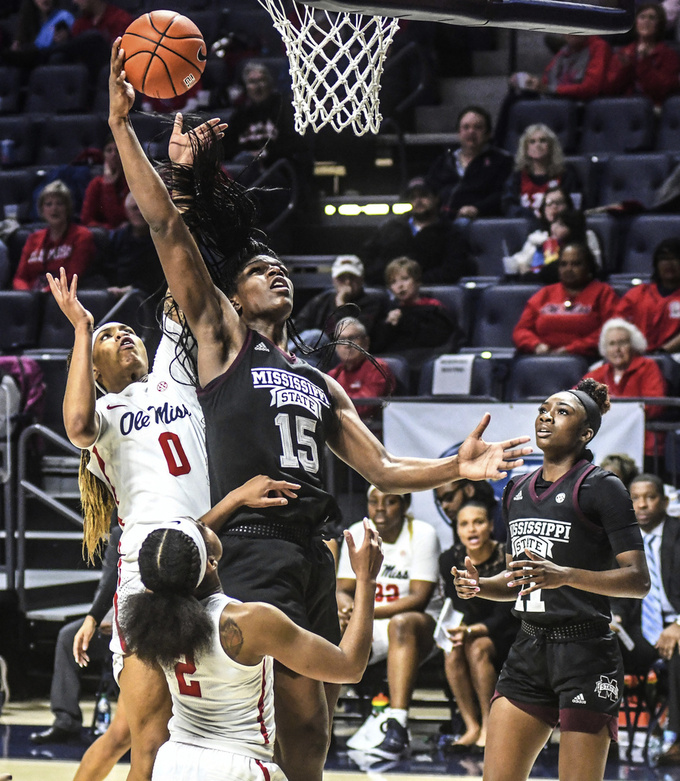 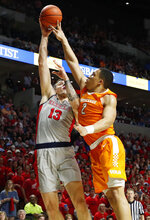 No. 4 Kentucky at No. 7 Tennessee: Kentucky (24-4, 13-2 SEC) and Tennessee (25-3 13-2) are in a three-way tie for first place in the league standings along with No. 13 LSU (23-5, 13-2). Saturday's game represents a rematch after Tennessee's school-record 19-game winning streak ended with an 86-69 loss at Kentucky on Feb. 16 . That game marked the first matchup between two SEC teams ranked in the top 10 since a second-ranked Kentucky squad beat No. 3 Florida on March 8, 2003. Now the Wildcats and Volunteers meet again as top-10 foes just two weeks later. Tennessee has beaten Kentucky in Knoxville each of the last three seasons.

Can LSU remain king of the road?: Because of its head-to-head victories over Kentucky and Tennessee, LSU will be the No. 1 seed in the SEC Tournament as long as it wins its final three regular-season games. LSU is in this position in part because of its sparkling 7-0 record in SEC road games, including wins over likely NCAA Tournament teams Mississippi, Kentucky and Mississippi State. LSU will need to maintain that road edge as it faces two teams looking to improve their NCAA Tournament positioning when it visits Alabama (17-11, 8-7) on Saturday and Florida (17-11, 9-6) on Wednesday. Florida has won five straight, including an 82-77 overtime victory at LSU on Feb. 20. LSU closes the regular season March 9 by hosting Vanderbilt (9-19, 0-15).

Mississippi State has five straight victories for its longest SEC winning streak since January 2008. ... Kentucky is 15-0 this season when Tyler Herro scores at least 15 points and 9-0 when he makes at least three 3-pointers. Herro scored a career-high 29 points Tuesday when Kentucky rallied from a 15-point deficit to beat Arkansas 70-66. ... Auburn's 78-75 victory at Georgia on Wednesday gave the Tigers four straight wins in this series. The last time Auburn won four straight matchups with Georgia was in 1979-80. ... Georgia has dropped nine straight games, but its last four losses have been decided by a total of nine points. All four of those losses came against likely NCAA Tournament teams - LSU, Mississippi State, Ole Miss and Auburn. ... Mississippi State's Quinndary Weatherspoon passed 1,900 points in his career in the team's win against Missouri on Tuesday. Weatherspoon currently ranks fourth in school history in scoring behind Jeff Malone, Bailey Howell and Jim Ashmore. Weatherspoon needs just 15 more points to catch Ashmore. ... Vanderbilt is at risk of posting a losing record at Memorial Gymnasium for the first time in that building's 67-year history. Vanderbilt owns an 8-9 home record heading into its home finale Wednesday against Arkansas.

LSU's Javonte Smart has made the most of the opportunity while leading scorer Tremont Waters has been out with an undisclosed illness. Smart replaced Waters in the starting lineup Saturday and scored a career-high 29 points and made the game-winning free throws with six-tenths of a second left in overtime as LSU beat Tennessee 82-80. He followed that up by scoring 17 points Tuesday in a 66-55 triumph over Texas A&M. Smart, a freshman from Baton Rouge, had started LSU's first 13 games before adjusting to a reserve role during conference play. Waters' situation put Smart back in the starting lineup.

No. 5 Mississippi State (26-2, 14-1) clinched at least a share of the SEC regular-season title by beating LSU 76-56 on Thursday. Mississippi State can win the championship outright by winning at No. 14 South Carolina (21-7, 13-2) on Tuesday. A South Carolina victory would force a tie for first place. ... Vanderbilt's 76-69 victory over Tennessee on Thursday snapped the Commodores' eight-game skid and marked the first time they had ever beaten the Lady Volunteers in Knoxville in 34 attempts. Tennessee (17-11, 6-9) will finish the regular season below .500 in SEC competition for the first time. The Lady Vols also are at risk of missing the NCAA Tournament for the first time.