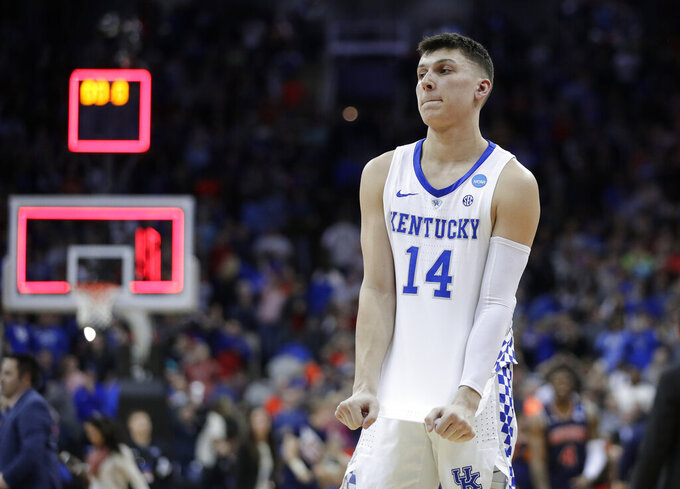 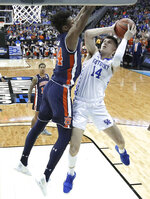 Herro is the third Wildcats underclassman to enter the draft, joining forward PJ Washington and guard Keldon Johnson. The 6-foot-5 player from Milwaukee, Wisconsin, says in a news release Friday that he wanted to see where he stood in the draft process and make an informed decision, "but also leave my options open."

New NCAA rules allow players to sign with an NCAA-certified agent and still return to school. He has until May 29 to decide on coming back for his sophomore season. The NBA Draft is June 20 in New York.

He was named Southeastern Conference Newcomer of the Year by The Associated Press. SEC coaches selected him to the All-Freshman Team and All-SEC second team.