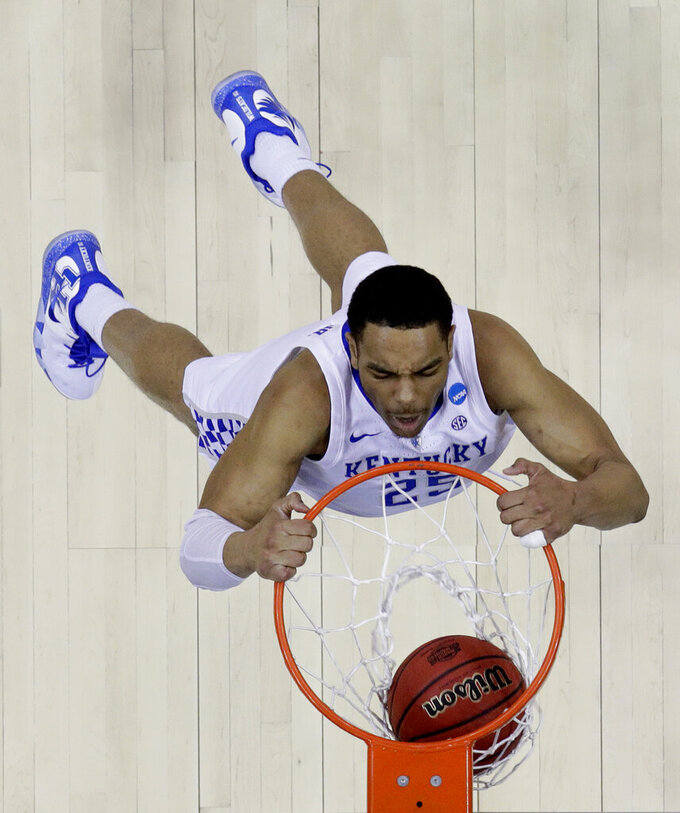 Washington announced Tuesday that he plans to enter the NBA draft and hire an agent. Hours later, Hagans said he will return for his sophomore season with the Wildcats.

Washington was Kentucky's leading scorer and rebounder this season. His decision to leave school was expected after he declared for last year's draft but did not hire an agent. The 6-foot-8 sophomore returned with hopes of helping Kentucky win a national championship, but the Wildcats were ousted by Auburn in the NCAA Tournament Midwest Region final. Washington, who averaged 15.2 points and 7.5 rebounds per game, was an All-Southeastern Conference first team and consensus All-America third team selection.

Hagans said in a news release Tuesday night that he hopes to achieve more in his second season after sharing SEC Defensive Player of the Year honors with LSU's Tremont Waters. His 61 steals tied for the third most by a Kentucky freshman. He also led Kentucky with 160 assists and averaged 7.7 points while starting 30 of 37 games.