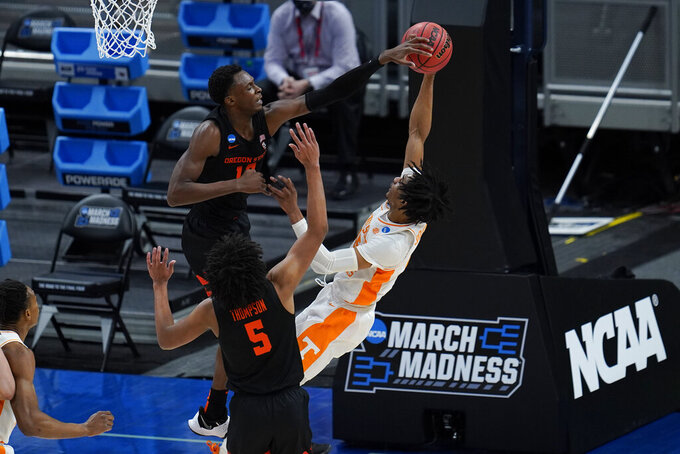 KNOXVILLE, Tenn. (AP) — Tennessee freshman guard Keon Johnson says he's declaring for the NBA draft and will sign with an agent, becoming the Vols' second freshman to leave after one season.

Johnson announced his decision Wednesday on social media, saying he has been thinking, praying and consulting with family and coaches since Tennessee's season ended in a first-round loss to Oregon State in the NCAA Tournament.

“I am forever thankful to God for blessing me with talents, surrounding me with a solid support system and positioning me to take this next big step,” Johnson wrote.

He thanked Tennessee coach Rick Barnes, the rest of the Vols' staff and fans. Jaden Springer declared for the draft last week.

The 6-foot-5, 186-pound Johnson started 17 games and was the second-leading scorer, averaging 11.3 points a game. Johnson averaged 12.1 points a game in Southeastern Conference play, including a career-best 27 in a win at Kentucky in February.

He also led Tennessee in charges drawn and was third with 1.1 steals per game.