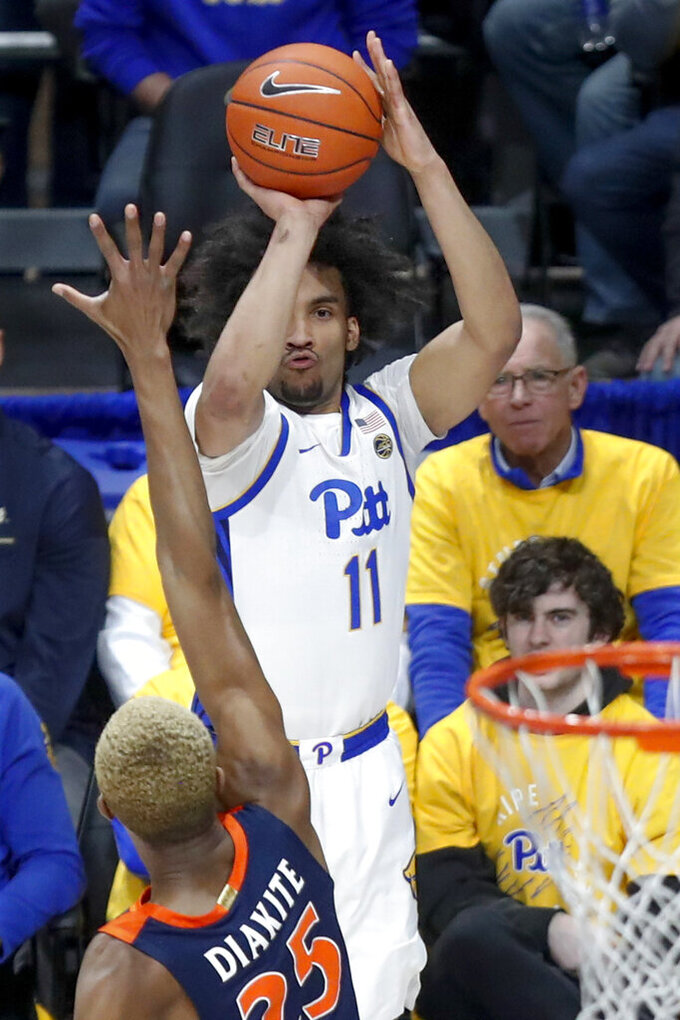 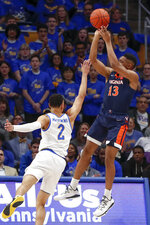 PITTSBURGH (AP) — The finish was not what Virginia was looking for, as the Cavaliers allowed a 14-point lead to whittle down to two thanks to a late-game charge by Pittsburgh.

But they’re not going to complain about the victory, as the Cavaliers held on for a 59-56 victory at Pitt for their fourth straight win in Atlantic Coast Conference play.

“At the end of the day, a win is a win,” said senior guard Braxton Key. “We’ll take it, getting out of Pittsburgh with a win.”

Trailing by 14 in the second half, Pitt used a 7-0 run to close to with in two points in the final two minutes. But Pitt guard Trey McGowens’ 3-point attempt with under 10 seconds to play went off the rim and Ryan Murphy’s last-second heave didn’t get off before the buzzer.

“They attacked, they made some plays and we had too many uncharacteristic turnovers,” Virginia coach Tony Bennett said. “Kihei (Clark) was really good and then just had some errors that I think he’s frustrated with.”

Clark had six of Virginia’s 16 turnovers, but also provided much of the Cavaliers’ early cushion. With Pitt leading after the game’s first seven minutes, he went on a personal 7-0 run to put Virginia ahead for good. Clark finished 6 of 11 from the floor, made 2 of 3 from 3-point range and also grabbed five rebounds.

He was also a key cog in the Cavaliers’ defense that stifled the Panthers. Pitt shot 38.6% overall and was 3 of 15 from 3-point range. After trailing by just two at the half, Pitt missed 12 of its first 13 shots in the second period while Virginia pushed the lead.

“They are the best defensive team in the country,” Pitt head coach Jeff Capel said. “I think a lot of it had to do with them. They’re a hard team to score against.”

Virginia: Won its fourth straight game in league play for the first time this season. The Cavaliers have now won seven of their last eight, with the lone setback coming on the road at No. 5 Louisville. It’s come at a good time as Virginia, now 11-5 in conference play, is three wins clear of NC State for the fourth and final double-bye position in the ACC Tournament.

“It’s huge,” Key said. “When you get into March Madness and this part of the season — late February, early March — you just have to learn how to close out games. I thought we did a great job of that tonight.”

Pitt: For the second straight season, it appears the Panthers have run out of gas in the midst of ACC play. Pitt has now lost four straight dating to Feb. 8 and is 2 of 6 this month. Last season, Pitt lost 13 straight league games and went 0-7 in February.

“It’s frustrating, but at the same time, we’re all here together,” Toney said. “We’ve just got to find a way to get out of this hole we’re in.”

Virginia freshman Casey Morsell returned to action just three days after suffering a right ankle sprain against Boston College on Feb. 19. He didn’t practice at all leading up to the game, but was able to contribute seven points in 24 minutes.

“I really wanted to play,” Morsell said. “I tried not to limp, because that’s what they look for.”

Virginia: Will stay on the road to face in-state foe Virginia Tech in Blacksburg on Feb. 26. The Cavaliers have won three straight against the Hokies, including a 65-39 win earlier this season.

Pitt: Hosts Syracuse on Feb. 26 for its final home game of the season. The Panthers are 11-6 at home.