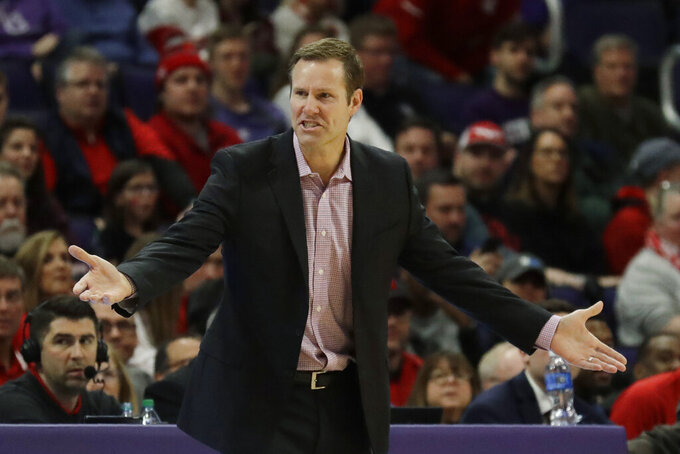 Nebraska head coach Fred Hoiberg reacts to a call during the first half of an NCAA college basketball game against Northwestern in Evanston, Ill., Saturday, Jan. 11, 2020. (AP Photo/Nam Y. Huh) 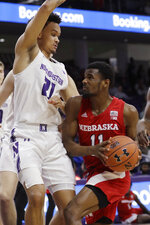 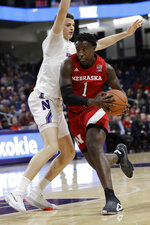 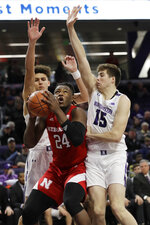 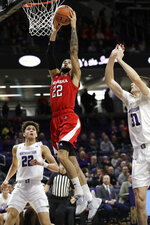 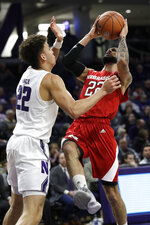 “Obviously, the understatement of the year is it's a big win for us,” Collins said.

Kopp missed three consecutive 3-pointers late in the game. And the Wildcats missed the front ends of three straight one-and-ones before Nebraska's Cam Mack banked a 3 from the right to cut it to 60-57 with 51 seconds left.

After the Wildcats' Pete Nance missed from beyond the arc, Pat Spencer appeared to tip a potential tying 3 from the wing by Dachon Burke Jr. Kopp then made two free throws with nine seconds left to seal Northwestern's first win since Dec. 15 against Southern Illinois-Edwardsville.

Spencer scored 14, and the Wildcats matched a season high by making 10 of 29 3-pointers, though they cooled off in a big way after a scorching start. They went from making 8 of 14 in the first half to 2 of 15 in the second against a tighter defense.

“It was just a really good win,” Collins said. “A lot of times, people don't realize the commitment that goes in for these players in between games, what they have to do with their bodies — whether it be strength and conditioning, lifting weights, eating right, sleep. Oh yeah, they go to Northwestern as well. ... You put that kind of investment into it and you don't get to taste some success, it can be hard.”

Nebraska (7-9, 2-3) simply came out flat after a win over Iowa that might have been its best performance. And coach Fred Hoiberg took the loss in his first game in the Chicago area since the NBA's Bulls fired him early last season.

“This team, we knew, was going to have urgency today,” Hoiberg said. “We did not come out and match that early in the game. But what positive can we take? The second half.”

Northwestern led by as much as 18 in the first half and took a 42-27 edge to the locker room after the hot start from beyond the arc by a team that ranked 11th in the Big Ten in 3-point accuracy.

Spencer scored 14, A.J. Turner 11 and Robbie Beran added 10 points. Back-to-back 3's by Kopp made it 42-24 before Kevin Cross hit one for Nebraska with just under a minute left in the half.

Nebraska: The Cornhuskers gave Northwestern space to shoot in the first half and paid in a big way. Though they were better on defense after that, this was overall a disappointing performance for Nebraska coming off the win over Iowa.

Northwestern: Consider this a confidence-boosting win for the young Wildcats, who hung on in this one after blowing a 10-point lead against Indiana on Wednesday.

“We played three of the first four (Big Ten games) on the road, and our home game was against Michigan State. Thanks!” — Collins.

Collins said he expects freshman Boo Buie to return this season from a high ankle sprain, though he will miss his fourth consecutive game when Northwestern hosts Iowa on Tuesday. Averaging 10.8 points, the guard has been a bright spot for the Wildcats. The Wildcats are also missing guard Anthony Gaines, who recently had season-ending shoulder surgery.

Nebraska: The Cornhuskers will try to get back to winning when they visit No. 11 Ohio State on Tuesday.

Northwestern: The Wildcats will try to make it back-to-back wins when they host the Hawkeyes on Tuesday.