Liberty knocks off another SEC opponent in Gamecocks 78-62 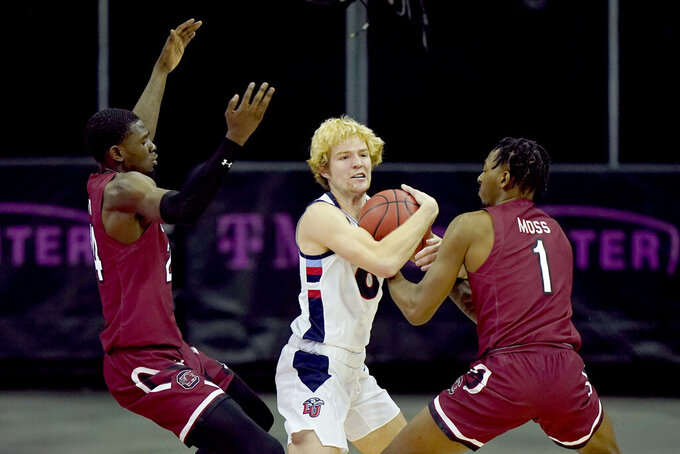 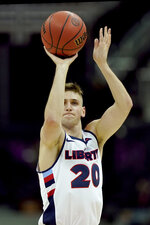 KANSAS CITY, Mo. (AP) — Kyle Rode scored 18 points and Liberty knocked off its second Southeastern Conference team in three days with a 78-62 victory over South Carolina on Saturday at the Hall of Fame Classic.

The Flames (2-1) made a program-record 19 3-pointers in an 84-73 win over Mississippi State on Thursday and sank eight more in the first half against the Gamecocks on their way to a 43-26 halftime lead. The lead remained in double figures in the second half as Liberty went to 4-1 in their last five games against SEC teams.

Elijah Cuffee and Keegan McDowell added 13 points, Chris Parker had 12 with five assists and Darius McGhee scored 10 points for Liberty, which shot 56% overall. The Flames were 11 of 26 from the arc with five players hitting from long range.

AJ Lawson scored 12 points and Jermaine Couisnard and Keyshawn Bryant 10 each for the Gamecocks, who were playing their season opener after an exhibition against Coker was canceled on Wednesday after the Gamecocks' opponent had issues with its COVID-19 testing. Lawson, Couisnard and Bryant ranked among South Carolina's top five scorers last season.