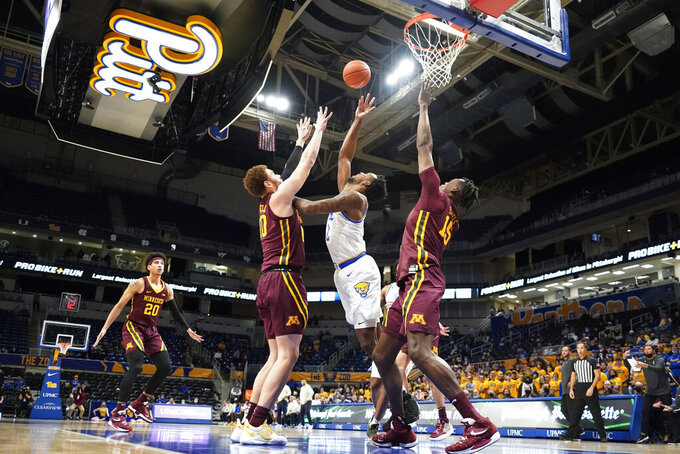 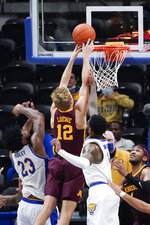 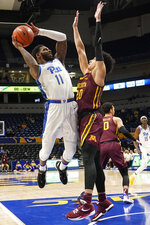 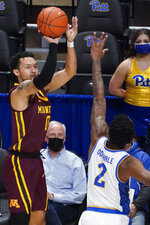 PITTSBURGH (AP) — Luke Loewe put back the rebound off an E.J. Stephens miss with 2.4 seconds left to lift Minnesota to a 54-53 win over Pittsburgh in a Big Ten/ACC Challenge contest Tuesday night.

The Golden Gophers (6-0) remain undefeated despite going more than five minutes without a field goal at the end of their first game against a Power 5 opponent this season. Stephens hit a 3-pointer with 5:48 left to put Minnesota in front and the Golden Gophers went without a field goal until Payton Willis scored a layup with :30 left to pull within one. After Pitt's Jamarius Burton missed a jumper Stephens drove to the basket only to have his shot roll off and Loewe, who was unchecked by the Pitt defense, soared to snare the rebound and put it back for the win.

Under first-year coach Ben Johnson, Minnesota's roster is stocked with transfers from mid-major programs and has just two players, seniors Eric Curry and Willis, who have ever played for a high-major program.

Jamison Battle, a transfer from George Washington, led Minnesota with 16 points and seven rebounds. Willis added 15 points and the only points Loewe scored came on his game-winning put back. The Gophers were out-rebounded 40-33, but made up for that shortfall by making 7 of 19 shots from beyond the arc.