A look at who is unbeaten and winless in college basketball 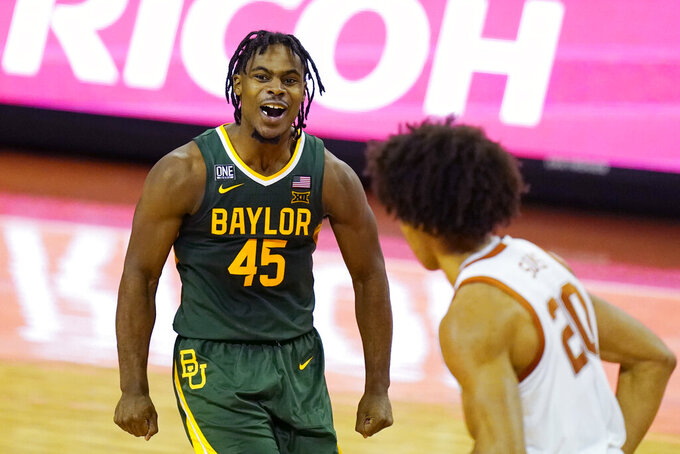 Only three teams are still undefeated in Division I men's basketball — and yes, they've all played enough games to make that a meaningful accomplishment. In this season of cancellations and adjusted schedules, maintaining an unblemished record into February is no small feat.

At the other end of the spectrum, five teams are still seeking their first victory — and that doesn't include Chicago State, which was 0-9 before suspending its season in late December.

Here's a look at each of the remaining teams that are either unbeaten or winless.

Best Start Since: 2016-17. Gonzaga won its first 29 games that season before falling to Brigham Young in its final game before the West Coast Conference Tournament. That was the only loss for the Bulldogs until they were beaten in the national title game by North Carolina.

Why They're Unbeaten: The Bulldogs haven't even cut it close very often. Only one opponent — West Virginia on Dec. 2 — has stayed within single digits of Gonzaga.

Upcoming Challenge: Ken Pomeroy’s site gives Gonzaga about a 71% chance of finishing the regular season unbeaten. The Bulldogs look like a clear favorite in each of their remaining games, but just like four years ago, they're scheduled to face BYU in the finale.

Best Start Since: 2011-12. The Bears also opened 17-0 that season and ultimately reached the NCAA regional finals before losing to eventual champion Kentucky.

Highlight So Far: Baylor passed a major test Tuesday night, winning 83-69 at No. 6 Texas. That win left the Bears atop the Pomeroy rankings.

Why They're Unbeaten: The Bears have one of the top players in the country in guard Jared Butler, who is averaging 16.8 points per game and shooting 45% from 3-point range.

Upcoming Challenge: The Bears play at Oklahoma on Feb. 10.

Best Start Since: This is the best start in school history.

Highlight So Far: Drake's Missouri Valley Conference schedule includes several back-to-backs — two games in two days against the same opponent. The Bulldogs have fared just fine in the latter halves of those. After beating Southern Illinois by 18 on Jan. 3, Drake came back the following night and clobbered the Salukis 86-55.

Why They're Unbeaten: The Bulldogs have been efficient both inside the arc and outside. They're shooting 51.2% from the field and 39% from 3-point range.

Upcoming Challenge: Drake hosts Loyola of Chicago on Feb. 13 and 14.

Best Game: The Greyhounds were one of the last Division I teams to start playing, and it seems they can't catch a break. Loyola's first four losses were by a combined seven points, including a triple-overtime game against American on Jan. 24. The Eagles won that one 81-79 on a last-second 3-pointer.

Why They're Winless: Mostly because they haven't played many games and have lost some close ones. The Greyhounds nearly finished .500 last season, and their presence on this list is somewhat fluky.

Best Game: The Vandals nearly beat Washington State, one of the toughest opponents on their schedule, but a six-point halftime lead slipped away in a 61-58 loss Dec. 9.

Why They're Winless: The Vandals are allowing 77.4 points a game and are losing the turnover battle by an average of about five a game.

Possible Win: The Vandals have two games left against both Idaho State (ranked 295th by Pomeroy) and Portland State (285th).

Why They're Winless: The Hornets play at a quick pace and don't defend well. They've allowed at least 80 points in every game but one.

Why They're Winless: The Bulldogs aren't helping themselves at the line. They went 7 of 16 in that two-point loss to Florida A&M, and they only attempted five free throws in another two-point loss, to Jacksonville in December.

Best Game: It's hard to come up with one. The team's closest loss was 71-59, but that was against an Alcorn State team that was winless before that game.

Why They're Winless: The Delta Devils rank dead last in Division I in adjusted offensive and defensive efficiency, according to Pomeroy. They've played a tough schedule with a lot of road games, and it hasn't been pretty.

Possible Win: The rematch against Alcorn State is scheduled for Feb. 13.