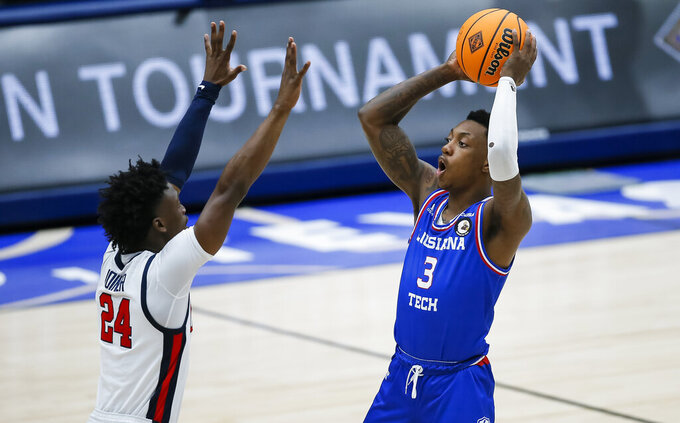 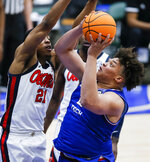 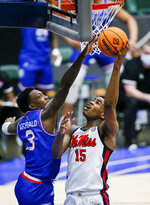 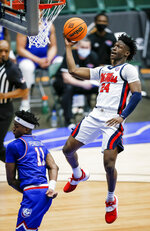 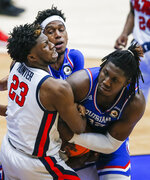 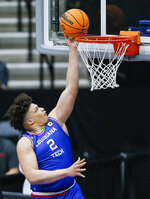 Louisiana Tech (22-7) will play Western Kentucky on Thursday in the quarterfinals.

Lofton scored 11 points in the first 10:13 of the second half to spark Louisiana Tech's 22-4 run for a 49-41 lead. The Bulldogs scored 15 straight points during the run, opened and closed by Lofton. Ole Miss started the half 2 of 13 from the field.

Neither team made a field goal in the final two minutes with Louisiana Tech making 7 of 8 free throws down the stretch to seal it.

Amorie Archibald scored all 14 of his points in the second half, and he added seven assists for Louisiana Tech. Kalob Ledoux added 10 points and Cobe Williams, with a broken finger on his left hand, scored eight points.

Jarkel Joiner led Ole Miss (16-12) with 22 points. Luis Rodriguez scored all 10 of his points in the first half.

Joiner sank a 3-pointer just before the halftime buzzer to extend Mississippi's lead to 37-27. He had 11 points in the half and Rodriguez grabbed seven rebounds as the Rebels held a 23-13 advantage on the glass. Ole Miss was behind 18-8 before Joiner scored five points during 12-2 run to tie it.

Mississippi was without Devontae Shuler, the SEC’s active leader in career steals (185) and career assists (329), due to family reasons, and KJ Buffen, who entered the transfer protocol.