LSU, Wade push on under cloud of suspicion in NCAA tourney 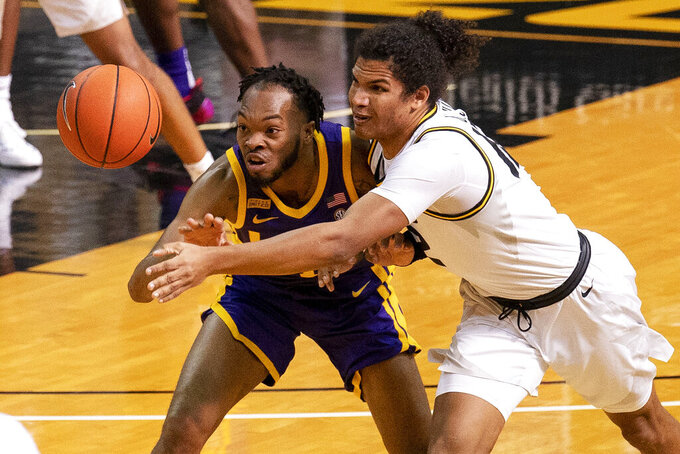 The enduring controversy that prevented LSU's Will Wade from coaching his team in the last NCAA Tournament two seasons ago hasn’t stopped him from getting the Tigers back to college basketball’s marquee event.

Wade is set to coach his first NCAA Tournament game for the Tigers (18-9) on Saturday against St. Bonaventure (16-4), even as allegations of recruiting violations and the threat of future sanctions hang over the program.

“We’ve spent all our time worried about what’s going to happen on the court, what we can do to help our guys move forward,” Wade said after arriving this week in Indianapolis. “There’s a lot of other people dealing with other things – you know, attorneys and folks from the university and that sort of thing. So, we’ve focused on winning and doing what we can do to put our guys in the best position to be successful.”

Wade has now coached the Tigers to the NCAA Tournament twice in his four seasons at LSU — and there was no tournament last season because of the pandemic. Before Wade's arrival, LSU had made the tournament just twice in the previous 10 seasons, and under two different coaches.

The Tigers came within a point of beating No. 5 Alabama for the Southeastern Conference championship last weekend, and afterward were assigned the No. 8 seed in the East Region.

Success on the basketball court has come at a time when LSU could use positive headlines, having seen its brand tarnished lately by an outside law firm’s review of how the university has handled sexual misconduct complaints.

The findings painted LSU as a place where female students met resistance when they tried to report instances of sexual assault or other types of violence against them. That included complaints against football players and even allegations of inappropriate overtures made to female students by ex-football coach Les Miles. The fallout has reached across the country to Oregon State, where President F. King Alexander was placed on probation because he was LSU’s president from 2013 to 2019.

Meanwhile, LSU’s basketball success comes amid an investigation into recruiting violations that was referred this summer to the NCAA’s Independent Accountability Resolution Process.

The NCAA is looking into allegations that Wade improperly offered money to at least 11 potential recruits, or people associated with them.

LSU is one of two teams in the tournament, along with Kansas, which has allegations of recruiting violations going through the process.

A timeline for a final ruling isn’t clear.

“If we win, everybody would be happy, but the other issues LSU’s facing, they’re not going away,” said Louisiana native, LSU alumnus and political pundit James Carville. “We’ll be giddy, but 48 hours later, you’ve still got the same issues to deal with.”

In the meantime, LSU fans are just trying to enjoy the games and give Wade the benefit of the doubt, Carville said.

LSU's prominent players include leading scorers Cameron Thomas (22.6 points per game) and Trendon Watford (16.7 points per game). Both came to LSU after 2019 reports about leaked FBI wiretap transcripts in which Wade talks about making a “strong” offer to then-freshman guard Javonte Smart. On that call, Wade was speaking with a man convicted in federal court of funneling money to the families of top college basketball recruits.

Wade initially declined to meet with LSU administrators about the report and was suspended for that season's SEC tournament and the NCAA Tournament. Wade ultimately visited with then-LSU athletic director Joe Alleva and was reinstated about a week after the 2019 tournament ended. But his contract has since been renegotiated, giving LSU more legal and financial flexibility to fire Wade in the event of unfavorable NCAA rulings. Wade also forfeited his performance bonuses for the 2018-19 season.

Smart, who has remained at LSU and has averaged 15.9 points this season, said the Tigers' recent success stems from “just building a brotherhood, becoming a family here — everyone just buying in to what coach Wade has got going on for us.”

Wade, meanwhile, brushes off the idea that nagging questions about the allegations are disruptive to his recruiting and coaching efforts.

It's possible LSU's accomplishments this season could be stricken from the record books one day, but Tigers players have taken the approach that their experiences and performances can't really be taken away — not to mention they'll have had their stage to impress NBA scouts.

“We should have fun with this type of thing. Not too many people get the chance to play in the NCAA Tournament," Smart said. "If we go out there and have fun, we're capable of doing good things.”