Manek lights it up in Oklahoma's 83-63 win over TCU 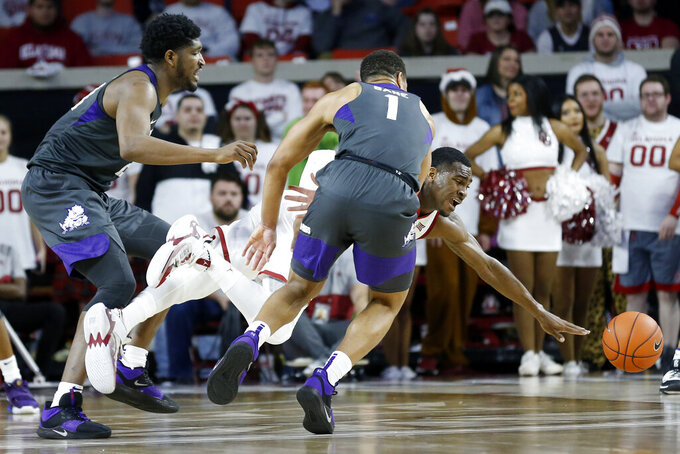 Oklahoma's De'Vion Harmon (11) loses control of the ball while being defended by TCU's Desmond Bane (1) and Kevin Samuel (21) during the first half of an NCAA college basketball game in Norman, Okla., Saturday, Jan. 18, 2020. (AP Photo/Garett Fisbeck) 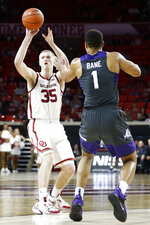 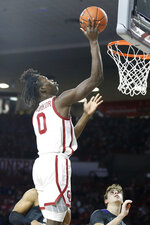 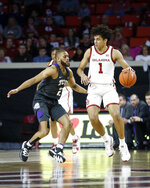 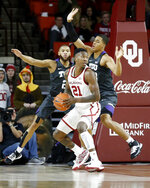 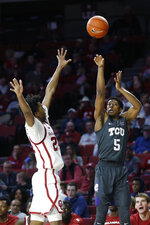 Brady Manek scored a career-high 31 points to lead Oklahoma to an 83-63 win over TCU on Saturday.

Coming off a disappointing shooting performance in a loss to Kansas on Tuesday, Manek came out firing against the Horned Frogs. He scored 15 of his points in the first half, hitting a pair of 3-pointers in the final 3:02 before the break to help the Sooners extend their lead from five to 12 in the closing minutes of the half.

Manek started off the second half hot as well as his pair of early 3-pointers helped the Sooners all but put the game away.

His two free throws in the final minute not only gave him the career high, topping his 29 points earlier this season against Texas-Rio Grande Valley, but gave him more than 1,000 points in his career.

Manek became the 46th Oklahoma player to reach that mark.

TCU: The Horned Frogs lost back-to-back games for the first time this season. The Horned Frogs’ shooting struggles figure to be an aberration, having shot less than 23% from beyond the 3-point line after coming into the game second in the conference in 3-point shooting.

Oklahoma: The Sooners improved to 3-2 in Big 12 play while knocking off a team ahead of them in the conference standings. The win was much-needed for Oklahoma, as the game was sandwiched between last week’s loss to No. 6 Kansas and Monday’s showdown with No. 2 Baylor.

TCU hosts No. 23 Texas Tech on Tuesday. The Horned Frogs are 5-22 against ranked opponents under Jamie Dixon.

Oklahoma travels to No. 2 Baylor on Monday. The Sooners haven’t won in Waco since 2016, a year Oklahoma made the Final Four. Baylor swept the Sooners last season.