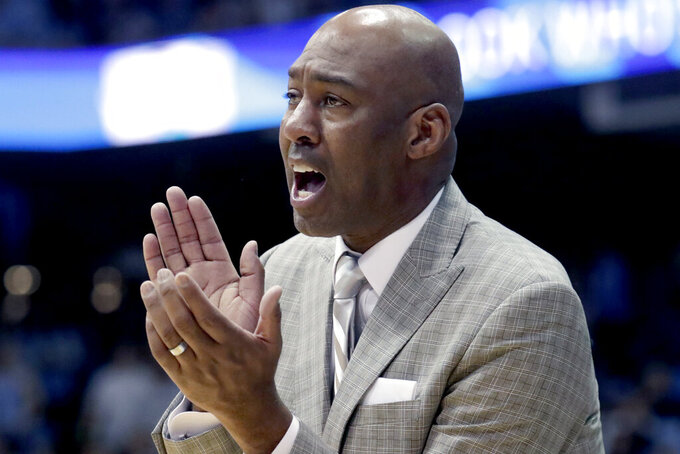 Manning, who played with Turgeon at Kansas in the 1980s, spent the past year as an ESPN analyst. He was fired by Wake Forest after finishing with a losing record in five of six seasons and just one NCAA Tournament appearance.

“Danny and I go way back,” Turgeon said during a video call. “I always knew Danny was going to be a great coach because I played with him. I know how smart of a player he was. Probably never thought this time would happen that we would join together.”

Turgeon noted Manning's ability to recruit in the Washington, D.C., area as well as nationally. Manning won the NCAA title and was player of the year at Kansas in 1988, the season after Turgeon left, and was an assistant on Bill Self's staff when the Jayhawks were national champions in 2008.

Manning coached Tulsa from 2012-14 before getting the head job at Wake Forest. Maryland is coming off a trip to the second round of the NCAA Tournament, and Turgeon recently signed a contract extension through 2026.

“What led me to College Park was the opportunity to work with Turge again,” Manning said. "My father was a college coach, and he always told me, ‘You want to work with people that you enjoy being around, that you trust, that are friends.’

When Manning was dismissed by Wake Forest, Turgeon called him to suggest other basketball avenues. When Manning told him he wanted to keep coaching, Turgeon turned to his wife to say, “He's crazy."

But when “the timing was right,” Turgeon was more than happy to bring Manning on staff at Maryland.

“I think he’s a tremendous coach,” he said. "Danny and I just do great things together. We did it as players, and we’re going to do it as coaches.”

Manning could have stayed at ESPN and turned his career toward broadcasting entirely. But he missed the competition and the daily interaction with players.