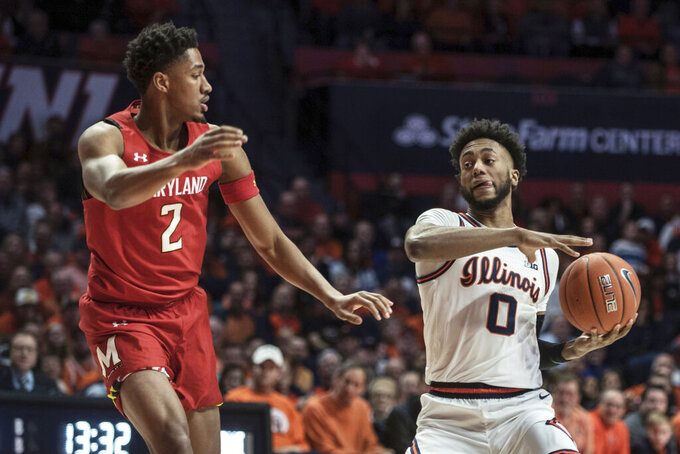 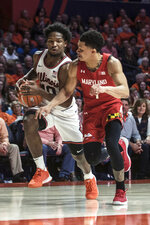 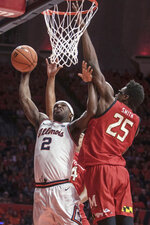 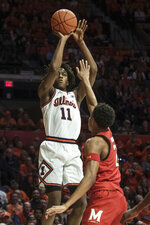 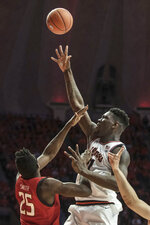 “Great win for us,” Turgeon said. “Illinois plays as well as anyone in our league. They are a talented group with size.”

Illinois led by as many as 14 points midway through the first half, but the Terrapins fought back and pulled to within 42-40,with a 3-pointer by Wiggins at the halftime buzzer.

Maryland opened the second half with an 11-0 run to take a lead it never relinquished.

“We kind of lost ourselves there at first,” Turgeon said. “But we utilized the zone and it got us back in the game. It gave us some confidence.”

“We haven’t really shown much of our zone,” he said. “We practice it every day, and today we played it. It worked and it really took them out of their rhythm.

The switch caught Illinois off guard.

“They went zone on us and it changed the rhythm of the game,” said Illinois coach Brad Underwood. “We had some unfortunate lineups out there because of foul trouble. And it worked. They really controlled the game after that.”

Feliz, who has been superb off the bench for Illinois this season, said the shift from man to zone changed the Illini’s game plan.

“They made some adjustments” he said. “It slowed us down and forced us to take outside shots.

Emotions were running high from the opening tip. There were four technical foul called in the first half, two on the Maryland bench (the first on Turgeon) and one each on Illinois (Feliz) and Maryland (Morsell).

“I don’t want to talk about that,” Turgeon said of his technical. “I deserved it and we moved on.”

Illinois coach Brad Underwood was called for the game’s fifth technical foul midway through the second half for yelling at the referees.

“Eh,” Underwood said, shrugging, when asked about the foul. “Lots of emotion out there tonight.”

The game was the first in seven years between two ranked teams in Champaign (when No. 8 Minnesota defeated No. 12 Illinois on Jan. 9, 2013), and the first Friday night Big Ten game ever played at State Farm Center.

It was a huge win for Maryland and not an easy one, something Turgeon acknowledged after the game.

“We didn’t panic out there,” he said. “There were some nerves because of how big the game was, but we knew we were only down by 14 points (in the first half) and we didn’t panic.”

Illinois, which lost by only two points in Maryland in December, looked like it would run away with the game early.

“We’ll bounce back,” Underwood said. “We’re game out of first place (in the conference). We’re still playing for a championship. Nothing changed that tonight.”

Maryland will remain in the Top 10, and may move up a spot or two. Illinois, after back-to-back losses to Iowa and Maryland, is in danger of slipping out of the Top 25.

Maryland: Hosts Nebraska on Tuesday before traveling to No. 16 Michigan State on Feb. 15.

Illinois: Hosts No. 16 Michigan State on Tuesday and heads to Rutgers on Feb. 15.