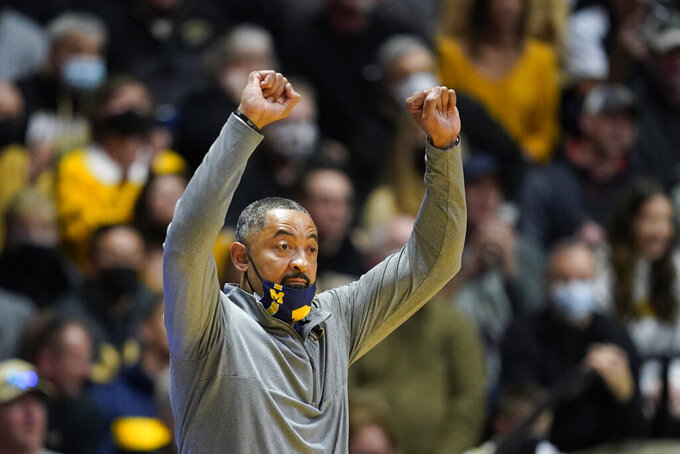 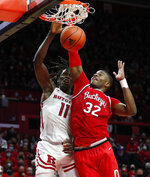 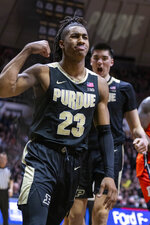 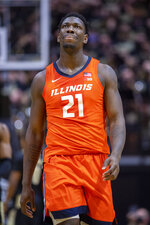 A look at the weekend action around the Big Ten Conference:

Michigan (13-9, 7-5) is trying to play its way back into title contention, and Saturday's game against No. 16 Ohio State could dictate whether either team remains in the hunt. The defending regular-season champion Wolverines are facing their fourth game in eight days, the result of schedule changes stemming from an earlier COVID-19 outbreak. And, after facing No. 3 Purdue (21-4, 10-4) twice during that stretch, they welcome their most bitter rival to Ann Arbor. The Buckeyes (14-6, 7-4), meanwhile, are trying to keep pace with three teams tied for the conference lead — the Boilermakers, No. 13 Illinois and No. 14 Wisconsin. A win would keep Ohio State within one loss of all three.

Jaden Ivey, Purdue. The 6-foot-4 guard just keeps turning heads and, after scoring 22 of his 26 points in the second half of Tuesday's 84-68 victory over No. 13 Illinois, Ivey may be the frontrunner for player of the year. Coach Matt Painter told reporters Ivey had improved greatly, even since November, and he's increasingly becoming a matchup nightmare. If he keeps it up, the Boilermakers — with their strong inside game — should have the balance they need to make a deep NCAA Tournament run.

Wisconsin's victory over Michigan State put the Badgers (19-4, 10-3) back in the lead pack. Now they have a chance to really assert themselves. Six of their last seven games are against unranked teams. Two of their next three are at home. And if they continue to hold the upper hand at Indiana on Tuesday night, Wisconsin could quickly see a two-game winning streak become a five-game streak.

Purdue became the first Big Ten team to win 1,000 regular-season conference games with Saturday’s victory over Michigan. ... Illinois center Kofi Cockburn needs one double-double to tie Skip Thoren's school record (41), which has stood since 1965. ... While Indiana leads the Wisconsin series 97-77, the Badgers have won the last six and 23 of the last 26. ... Michigan State guard Max Christie has been named the conference's freshman of the week five times. ... League officials announced Tuesday that Ohio State will host Nebraska on March 1, a game that was originally scheduled for Jan. 22. ... Rutgers center Clifford Omoruyi made all six of his shots in Wednesday's victory over the Buckeyes. He's made 12 in a row.

While fans must wait till Monday night for the league's top game — No. 15 Maryland at No. 25 Iowa, this weekend will feature the two teams with only one league loss. No. 7 Indiana hosts Michigan State on Saturday in a game that was postponed earlier this season. Then on Sunday, No. 4 Michigan visits Northwestern, a team with two straight wins that is trying to pad its postseason resume.