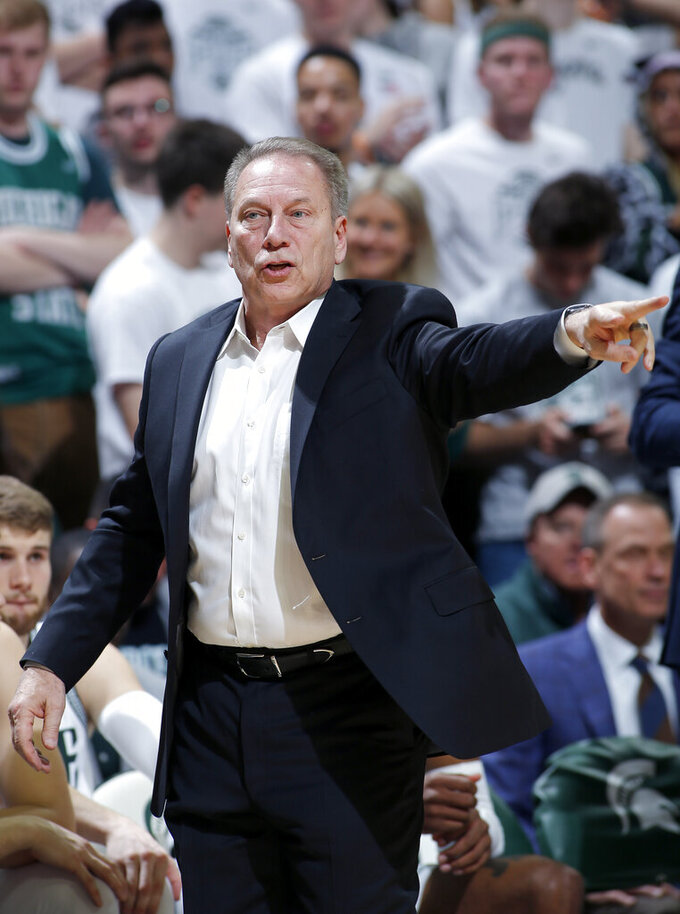 EAST LANSING, Mich. (AP) — Michigan State athletic director Bill Beekman defended basketball coach Tom Izzo on Thursday after Izzo was accused in an ESPN report of contacting a witness who was part of a 2017 criminal sexual conduct investigation involving one of his players.

According to a police report obtained by ESPN, Michigan State student Brayden Smith was with basketball player Brock Washington on the night a female student said Washington forcibly groped her. When police interviewed Smith, he said he had already been contacted by Izzo and assistant coaches Dwayne Stephens and Mike Garland. They “asked (Smith) if he was OK and if there was anything that he had seen during the evening,” according to the report.

“Tom Izzo has been a beacon of integrity in his profession for nearly four decades, including a quarter century as head coach. Michigan State’s Office of Institutional Equity has gone on record to say that no policies were violated in regards to any actions taken by the men’s basketball staff during a Title IX investigation into a student," Beekman said. "There’s nothing to support any claims that any member of the men’s basketball staff conducted their own investigation, or interfered with any ongoing investigation. Any insinuation to the contrary is nothing more than an attempt to smear a coach, a program, and an entire university.”

Smith, the son of former Michigan State player Steve Smith, has not played basketball for the Spartans. According to a Title IX report obtained by ESPN, Brayden Smith told investigators he considers the coaches his “godfathers” who check in on him occasionally.

According to ESPN, police said in their report that Brayden Smith's perception of his conversation with the coaches about the night in question "was not to get information out of him, but rather to ensure that he was OK and remind him to be responsible.”

The school's Title IX investigation determined that Washington was not responsible for having violated the university’s sexual misconduct policy, according to ESPN. The network also reported that in early 2018, Washington pleaded guilty to misdemeanor assault under a provision allowing offenders to plead guilty without a court entering a judgment of conviction.

Earlier this week, ESPN reported that campus police told prosecutors they had probable cause that Brock Washington raped a woman Jan. 19 while she was too intoxicated to consent County prosecutors declined to file charges because they didn't feel they could prove their case to a jury.

Washington played a total of 19 minutes this season before he was suspended in late January.