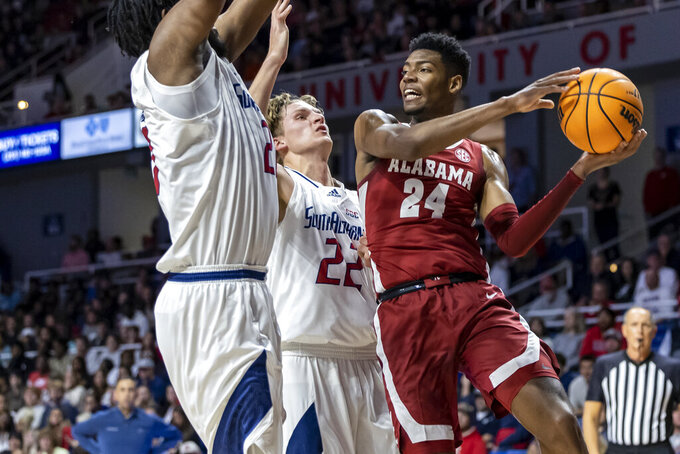 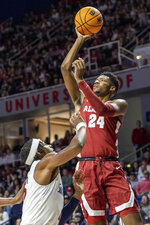 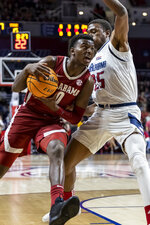 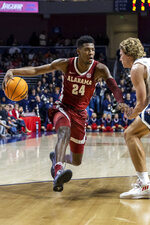 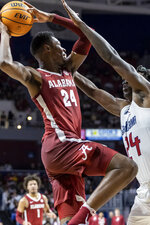 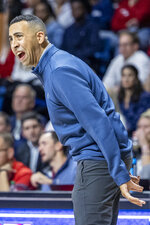 Miller, a McDonald’s All-American from Antioch, Tennessee, hit a pair of 3-pointers in the first four minutes and Alabama (3-0) led throughout.

“It was a good road win,” Alabama coach Nate Oats said. “Offensively, we were not good for very large stretches of the game. We had turnovers and didn’t get a shot for a while there. Offensive rebounding saved us, which it has for a good part of the year.”

Up 32-22 at the half, Alabama pushed its advantage to 20 in the second half before South Alabama made a late run. Neither team shot particularly well, with the Crimson Tide connecting on 32.4% and the Jaguars 29.6%.

“We held them to 32% and forced 21 turnovers, you look at that and you think we win going away,” South Alabama coach Richie Riley said. “But then you look at our end. We struggled shooting the ball and got destroyed on the glass. I mean, just destroyed. I don’t remember very many games I’ve been a part of giving up 25 offensive rebounds. We made them miss first shots, but we had to rebound. And we didn’t do that.”

Noah Clowney had 15 rebounds for Alabama, which had no player other than Miller in double-figures scoring. Preseason All-SEC guard Jahvon Quinerly saw his first action for the Crimson Tide since suffering a knee injury last season in the NCAA Tournament, going scoreless in four second-half minutes off the bench.

“The rehab process was tough,” Quinerly said. “It was a lot of early mornings, late nights. Wouldn’t have been able to do it without our trainer and our strength coach. Those guys took a lot of time out of their lives to help me. I didn’t think I’d be back this early. It’s just a testament to the work we put in.”

Isaiah Moore scored 20 points for South Alabama (1-2). The Jaguars are 1-4 against Alabama. The Crimson Tide beat the Jaguars 73-68 in Tuscaloosa last season, the first leg of a 2-for-1 series the teams will complete at Alabama’s Coleman Coliseum next fall.

The Crimson Tide came into the game leading the country in rebounding, and outrebounded South Alabama 63-40.

South Alabama was 2 for 23 on 3-point attempts.