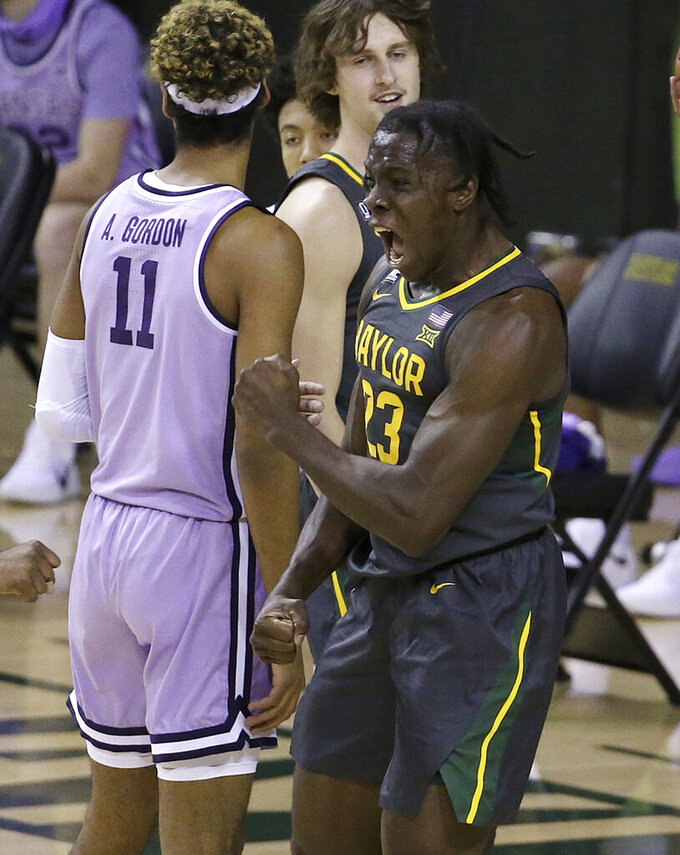 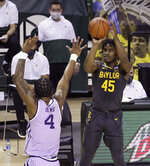 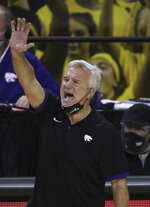 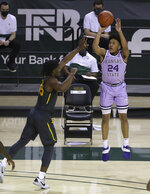 Mitchell made seven 3-pointers while scoring 31 points, besting his career high of 20 set last month against the Wildcats, and undefeated Baylor matched its second-best start in team history with a 107-59 victory Wednesday night.

“Davion's worked so hard since he got here ... on being a more consistent shooter," Scott Drew said, then mentioning his mental confidence. “Last year he put in work, but if he missed one or two, it would affect him. Now he’s gotten to the point mentally he has enough confidence in himself. If he misses a couple of shots, he has that shooter’s confidence now to where the next one’s going in.”

The former transfer from Auburn missed his first two shots, but went on to finish 12-of-16 shooting, including 7-of-9 beyond the arc. He had a span of just over three minutes after halftime when he hit four 3s while making five consecutive shots for Baylor (15-0, 8-0 Big 12).

Next for Baylor is the Big 12/SEC Challenge at home Saturday against Auburn, where there are still coaches and players Mitchell stays in touch with, and off a performance that surely got their attention.

“I try,” Mitchell said with a laugh.

After on Dec. 19 becoming the first opponent since 1992 to score 100 points at Kansas State in a 31-point victory, the Bears jumped out to a 31-point lead in the first 11 1/2 minutes in the rematch. MaCio Teague already had 11 of his 18 points with three 3-pointers, and Wildcats coach Bruce Weber had already used two of his timeouts by then.

“There’s not much I can say,” Weber said. “They kicked our butts again. ... They’re a team that’s going to be play late into March and into April, I would expect."

Mitchell's five assists included a pass to Matthew Mayer for a layup that made it 36-5. Only seconds after that, Mitchell had a steal that led to a short jumper by Jonathan Tchamwa Tchatchoua to cap Baylor's second run of 18 consecutive points already in the game. The Bears had another 18-0 run in the second half.

Jared Butler added 13 points, seven rebounds and five assists while Mayer had 10 points for Baylor, which hadn't scored 100 points twice against an opponent in the same season since 1978-79 against TCU. It was the Bears' second-largest margin of victory ever in a Big 12 game.

Baylor would have had a 31-point halftime lead if not for Antonio Gordon's 3-pointer to end the first half, a shot from more than half court that he banked in after picking up a loose ball that Butler lost. That got the Wildcats within 54-26, then they opened the second half with a 6-2 run. But they never got closer. Baylor then had its third 18-0 run in the game, with Mitchell hitting two 3s in that spurt.

BAD BEFORE IT STARTED

It had already been a tough day for K-State, even before tipoff. Their strength coach was absent, instead undergoing surgery at home to repair a torn Achilles tendon sustained Tuesday. Weber and some coaches had to walked to the game from the hotel, while players shuttled in a van, after the team bus wouldn't start.

Kansas State: The Wildcats, who still lead the overall series 23-22, have trailed by at least 16 points in each of their last four meetings with Baylor. They haven't taken a lead in any of those games.

Baylor: The Bears keep rolling with their 15-0 start matching 2016-17 for their most consecutive wins to start a season. The school record is 17 in row to start the 2011-12 season. Their eight-game Big 12 winning streak is also the second longest — behind 13 two seasons ago.