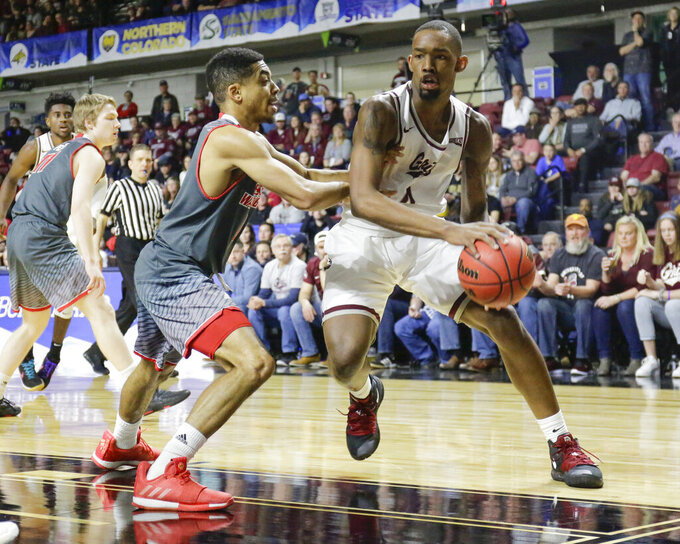 BOISE, Idaho (AP) — After going scoreless in the first half of the Big Sky Tournament championship game, Montana's Ahmaad Rorie didn't have much to say in the locker room at halftime.

"I had my head down," Rorie said. "I felt like we all wanted it so bad, but we just weren't playing well."

In the second half, Rorie did all his talking on the court, sparking Montana to a 68-62 comeback victory over Eastern Washington on Saturday night for its second straight title.

Rorie, who hit several key shots late to finish with 11 points, played gritty defense down the stretch and earned tourney MVP honors. He scored a season-high 28 points in the semifinals against Weber State and 17 against Sacramento State in the quarterfinals.

Montana coach Travis DeCuire was disappointed last week that Rorie didn't win the conference's player of the year award, but told the senior to shrug it off.

"The conversation in the airport on the way here was a little bit about how this (award) would mean more," DeCuire said. "And he made it happen."

Montana (26-8), which lost to Michigan 61-47 in last year's NCAA Tournament, was led offensively by Sayeed Pridgett with 18 points. Donaven Dorsey and Michael Oguine each scored 12 points for the Grizzlies.

Eastern Washington (16-18) entered the tourney as the third seed and seemed poised to steal the victory when the Eagles took a 12-point lead late in the first half. But Montana, utilizing a smaller five-guard lineup, started to chip away before halftime, eventually taking its first lead of the game midway through the second half.

"We wanted to keep them under 70 points, and if we did that, I thought we'd win," Eastern Washington coach Shantay Legans said. "But a couple of calls changed the style we wanted to play. But we need to battle through that a little bit better and have guys step up and make plays."

The Eagles have now lost in the Big Sky final to Montana twice after holding a halftime lead.

After the game, DeCuire assigned seniors Rorie and Dorsey to speak with the media where the two longtime teammates basked in the moment together, recalling their days of playing AAU basketball together in middle school.

"We've been the best of friends forever," Rorie said. "We only lived thirty minutes apart growing up and have never lost touch."

After they quit playing for the same AAU team in California, Rorie and Dorsey played against each other in high school as well as in their early college career when they were at Washington and Oregon, respectively.

Montana: Montana could be facing the departure of coach Travis DeCuire, who has already been linked to coaching vacancies at major programs.

Eastern Washington: Coach Shantay Legans will have to deal with the loss of Hunt, the senior who lead the team in scoring and was the Big Sky's top rebounder.

Montana awaits its seeding for the NCAA Tournament.