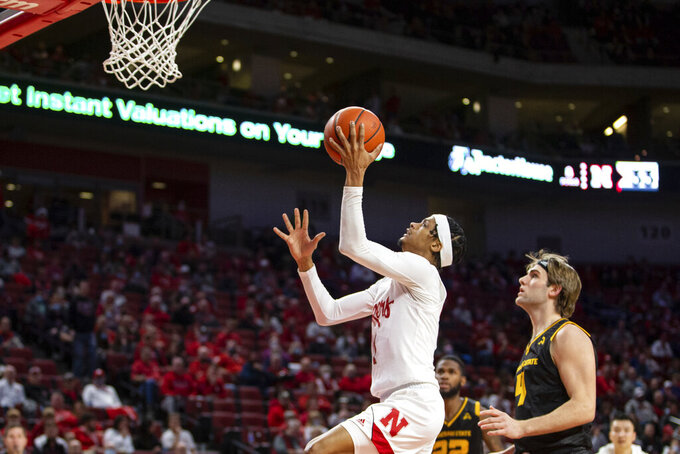 LINCOLN, Neb. (AP) — Keisei Tominaga scored 18 points and Alonzo Verge Jr. had a double-double and Nebraska beat Kennesaw State 88-74 on Wednesday night to close out non-conference play for the Cornhuskers.

Verge scored 16 points and distributed 12 assists against the Owls. Verge had four more assists than the entire Kennesaw State team. He entered the game as just one of five players in the country averaging at least 15 points, five rebounds and five assists per game. Verge also had seven boards.

Bryce McGowens and Derrick Walker each scored 11 points for Nebraska (6-7) which snapped a five-game losing streak. Nebraska had 10 players enter the scoring column against its ASUN Conference foes.

Chris Youngblood's jump shot with 14:10 before halftime gave the Owls (4-8) a 16-8 advantage before Tominaga buried a 3-pointer to start a 15-0 run and Nebraska gradually pulled away from there.

Nebraska put together a 13-5 outburst just before intermission and led 45-34 at the break. A 12-2 run to start the second half gave the Cornhuskers a double-digit advantage for the remainder.

Terrell Burden scored 27 points for Kennesaw State on 10-for-14 shooting and made all seven of his foul shots. Jamir Moultrie scored 12 off the bench and Youngblood scored 11 with 12 rebounds.