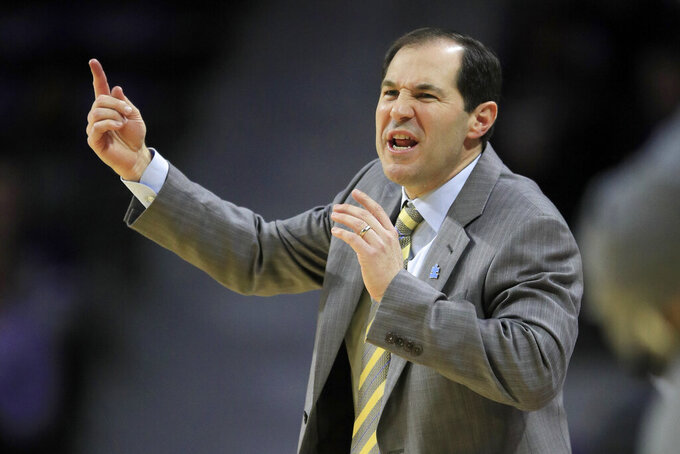 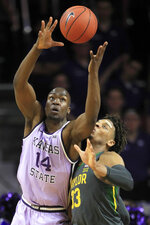 “We have a bunch of glue guys,” Baylor coach Scott Drew said. “We have blue collared, hard-working guys that live in the gym, and most of them have just gotten better and better.”

The Bears' struggles from the free-throw line helped Kansas State get closer, even though the Wildcats were never a threat to win. Baylor was 16 of 29 on free throws while Kansas State was 15 of 19.

Kansas State gave the ball up 16 times, including four in the first three minutes as Baylor jumped out to an 8-0 lead and never trailed.

“It’s tough to spot them that many points and work your way back,” Wildcats coach Bruce Weber said. “I just challenged them in the timeout and they responded well.”

Baylor is 5-0 on the road in conference play and holding opponents to an average of 59 points in those contests.

“We lock in defensively and we really focus on our scout before the game,” said Teague, who shot 4 of 9 and grabbed four rebounds. “We help each other out when someone gets beat.”

After starting Big 12 play slow, Teague has scored in double figures the past four games and has just one turnover in that span.

Baylor made every big shot to stop any momentum by the Wildcats. When the Bears step on the court Saturday against Oklahoma State, it’ll be exactly three months since their lone loss to Washington.

Kansas State started out slow, creating a deficit it couldn't overcome. “It’s a loose ball here or a long rebound, a turnover and boom, they get it all right back,” Weber said. “They made big buckets and we were scrambling.”