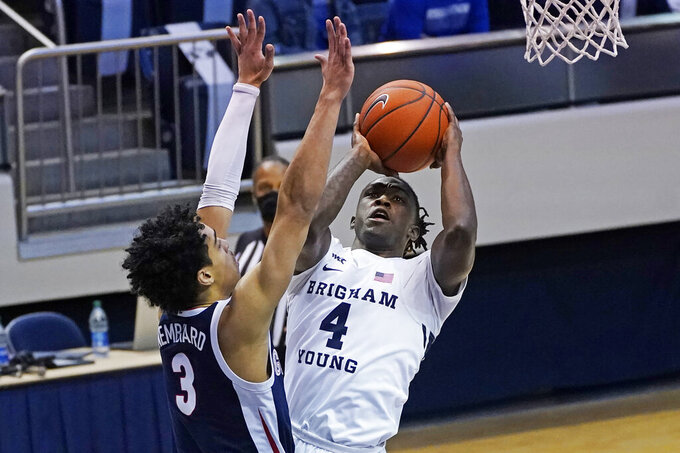 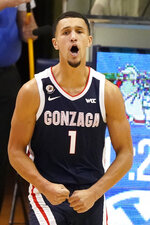 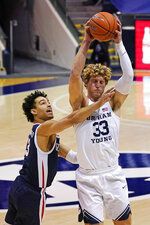 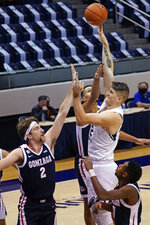 The most recent loss for Gonzaga, a 91-78 setback against BYU, came on Feb. 22 last year when the Bulldogs were ranked No. 2 in the nation.

Alex Barcello led BYU with 20 points, and Brandon Averette added 14 points and a team-high six assists. The Cougars (15-5, 6-3) lost for the sixth time in their last seven home games against the Zags.

BYU cut the deficit to eight in the second half before the Bulldogs held the Cougars to two baskets over a seven-minute span.

“In that (seven)-minute stretch where we lost our fight, we lost our physicality,” Barcello said. “We just can’t have that happen when we’re playing the No. 1 team in the country.”

Gonzaga quickly put BYU in a big hole and the Cougars spent the rest of the first half trying to climb out of it. The Bulldogs jumped out to a 15-2 lead four minutes in after scoring seven points off four turnovers. Five players had a basket, and Suggs capped the opening burst with a pair of buckets.

That early tenacity on defense set an aggressive tone that Gonzaga kept up until the closing minutes.

“It always helps us get going,” Timme said. “We like to run and gun, so it’s nice to get some cheap ones and get ahead."

BYU got within 19-13 on a 3-pointer by Averette, but Gonzaga did not let the Cougars get any closer before halftime.

Suggs and Timme combined to score five baskets over five consecutive possessions to fuel a 15-6 run. Timme capped the spurt with a jumper that gave the Bulldogs their largest lead of the first half at 34-19.

“They came out playing with tremendous pace,” BYU coach Mark Pope said. “They’re deceptively physical. They took it to us again in terms of the physicality of the game.”

BYU trimmed the margin to 52-44 early in the second half on a layup from Connor Harding. Nembhard slammed the door on a comeback, scoring three baskets over a two-minute stretch to push Gonzaga’s lead back to double digits.

The Bulldogs used a 20-6 run to build a 72-50 advantage with 7:19 remaining. Gonzaga hit nine straight shots during that stretch while shutting down the Cougars. Suggs made four of them, including on three straight possessions.

“He was on it from the jump,” Gonzaga coach Mark Few said. “He was back to playing at pace, like everyone was.”

Gonzaga: The Bulldogs led the nation in field goal percentage entering the game, connecting on 55.1% of their attempts. Gonzaga shot 50.8% against BYU.

BYU: Turnovers were a recurring problem. BYU coughed up the ball 19 times, leading to 26 points for Gonzaga. "We’re at our best when we’re up into the ball,” Few said.