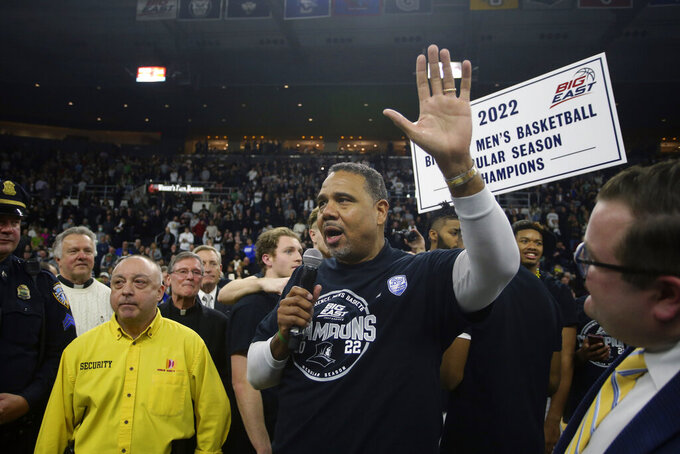 PROVIDENCE, R.I. (AP) — A.J. Reeves made seven 3-pointers and scored 23 points to help No. 11 Providence win its first Big East regular-season championship with a 72-51 victory over Creighton on Saturday night.

“We played an NCAA Tournament team and they caught us on a good day,” Providence coach Ed Cooley said. “There’s a lot of emotion, but I don’t know if there’s a better college basketball environment in the country. Today is the highest of highs with respect with where we’re trying to go.”

Watson received the honor of cutting the last piece of netting.

“To win this championship, it was very emotional,” Watson said. “All this work finally paid off. I’ve been here for five years. I love being a Friar.”

“It became an uphill battle and it was tough to get back into the game. The crowd was electric,” Creighton coach Greg McDermott said.

Providence started the second half up nine points and quickly pushed the lead to double digits behind a slam dunk by Watson and a corner 3-pointer from Minaya. When Jared Bynum fed Watson for an easy layup, the Friars were on their way with a 51-35 lead with 14:52 remaining.

Providence: At No. 8 Villanova on Tuesday night.