No. 13 Kentucky gets true road test vs Alabama in SEC opener 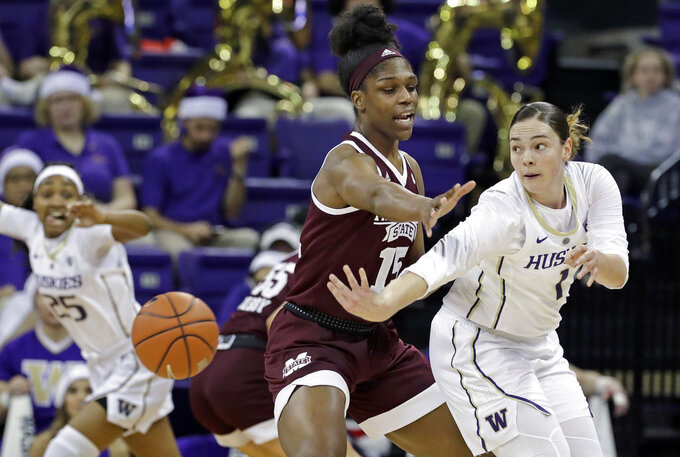 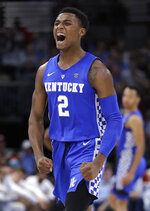 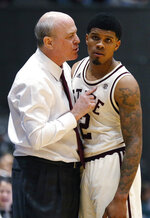 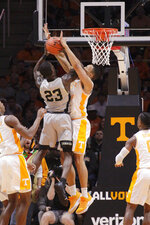 Here are a few things to watch during the opening week of league play in the Southeastern Conference:

No. 13 Kentucky at Alabama. Kentucky looks like it's recovered from a rocky start after beating North Carolina and Louisville in its last two games. Now the Wildcats face a road test against an Alabama team that has won four straight. Kentucky's offense has been among the best in the league — the Wildcats are scoring about 83 points per game. Alabama has won four straight.

Kentucky leads the field of teams that will likely challenge defending co-champs Tennessee and Auburn? No. 3 Tennessee and No. 12 Auburn shared the SEC regular-season title last year and are the highest-ranked teams in the league so far this season. The Wildcats are the likely candidate to derail another Tennessee-Auburn race. A surging Mississippi State also bears watching. The 17th-ranked Bulldogs have the league's best overall record at 12-1 and have good wins over teams like Cincinnati and Clemson .

Tennessee forward Grant Williams, the coaches' choice as SEC player of the year last season, leads the conference in scoring (20.1) and is ranked fifth in rebounding (8.3) and seventh in assists (4.0). He has the highest assist average of any SEC frontcourt player and is shooting 80 percent on free throws.

Tennessee has won 16 straight home games. The Vols have gone an entire calendar year since their last home loss, which came against Auburn on Jan. 2, 2018. ... Tennessee already has sold out five of its 10 remaining home games at the 21,678-seat Thompson Boling Arena. Tennessee athletic department spokesman Tom Satkowiak says it's believed this is the first time Tennessee has sold out as many as five home games since Thompson-Boling Arena opened in 1987. ... In its last tuneup before beginning SEC play, Auburn forced 33 turnovers in a 95-49 rout of North Florida. That's the highest turnover total by an Auburn opponent according to records dating as far back as 1991. ... Mississippi State has won each of the last 12 times that Quinndary Weatherspoon has scored at least 20 points. ... Florida scored the first 21 points of the game in a 77-43 blowout of Butler on Saturday.

The SEC began conference play Thursday with five teams in the Top 25 but none in the top six. Two-time defending NCAA runner-up Mississippi State leads the way at No. 7. Other ranked SEC teams include No. 10 Tennessee, No. 16 Kentucky, No. 21 Texas A&M and No. 23 South Carolina. Kentucky's Top 25 status shows how far the Wildcats have come since finishing 15-17 last season.