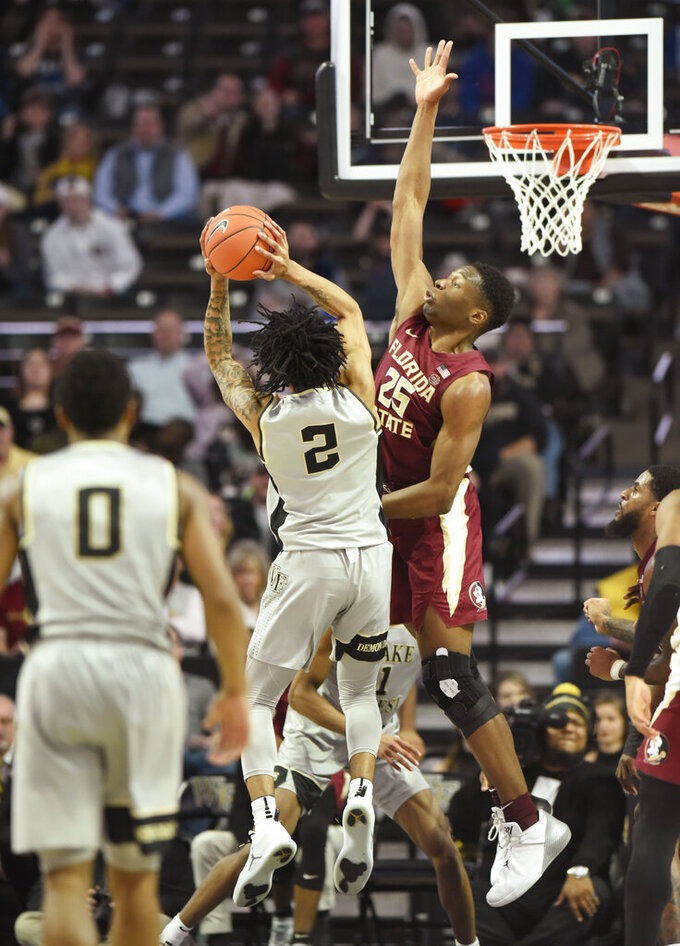 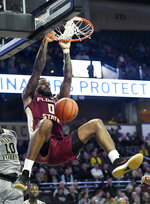 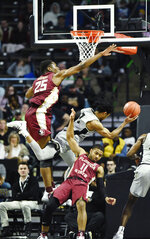 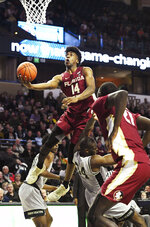 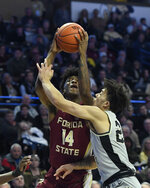 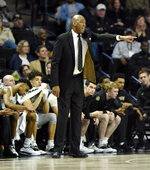 WINSTON-SALEM, N.C. (AP) — Florida State made no excuses for its sluggish first half.

The No. 14 Seminoles fell behind 14-2 to Wake Forest, a team near the bottom of the Atlantic Coast Conference standings. Then came a second-half surge — 18 straight points — and a 65-57 victory. Florida State won for the 12th time in 13 games to finish fourth in conference.

"They kept us out of sorts," FSU coach Leonard Hamilton said. "We couldn't find our rhythm. I just felt Wake Forest did a very good job defensively of not letting us do what we need to do."

The Seminoles (25-6, 13-5 ACC) never led until grabbing the lead at 47-45 on Trent Forrest's basket with 7:28 left. Phil Cofer followed with an easy basket, then M.J. Walker supplied the knockout with a 3-pointer.

The Deacons (11-19, 4-14 ACC) frequently switched defenses, making it hard for the Seminoles to get the ball inside to 7-foot-4 Christ Koumadje and 6-10 Mfiondu Kabengele.

Forrest led a balanced FSU attack — 11 players scored — with 11 points. Koumadje had 8 points and 10 rebounds. After a cold-shooting first half by both teams, FSU shot 54 percent in the second half.

Brandon Childress, who scored three baskets to spark the Deacons to their early 12-point lead, finished with 13 points and Chaundee Brown added 11 — all in the first half.

The Deacons, who shot just 26 percent, went scoreless for nearly six minutes as the Seminoles erased a 45-40 deficit with their 18-0 run.

Wake Forest was 16 of 16 from the foul line en route to a 31-24 halftime lead as both teams struggled from the field. But the Deacons made only 6 of 13 from the line in the second half.

"We came out low energy, but we didn't take them lightly," Koumadje said. "Their defense was kind of tricky. But at the end of the day, we did what we had to do."

PJ Savoy's 3-pointer with 9:28 left pulled FSU into a tie at 45 — the first time the Seminoles hadn't trailed since Wake Forest scored the opening basket.

"I thought we executed a lot better (in the second half)," Hamilton said. "We got some tremendous help from our non-starters in the first half."

Florida State: The Seminoles capped their first 25-game regular season and maintained their momentum heading into the ACC Tournament.

Wake Forest: The Deacons gave a strong performance for 30 minutes against a ranked team — they blew a big lead earlier in the week in a one-point loss to Duke — for the second straight home game. They'll need to continue their improved play in the tournament in Charlotte to extend their season.

Florida State rallied to finish 12-5 in the ACC after a 1-4 start that included losses at Pitt and Boston College, which finished back in the standings. But the Seminoles played only single games (all losses) against Virginia, North Carolina and Duke.

Wake Forest senior Anthony Bilas, a seldom-used reserve was in the starting lineup for the first time in his last home game. Bilas' father, Jay, a college basketball analyst for ESPN, was in attendance before going to Chapel Hill for the broadcast of the Duke-North Carolina game. Bilas re-entered the game in the final seconds and made an open 3-pointer for the game's final points.

Florida State: Plays Virginia Tech or the Wake Forest/Miami winner in the third round of the ACC tournament in Charlotte on March 14.

Wake Forest: Plays Miami in the first round of the ACC tournament on March 12.