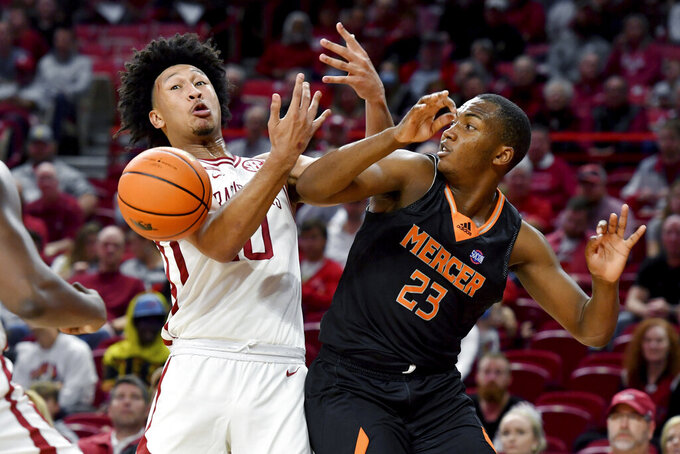 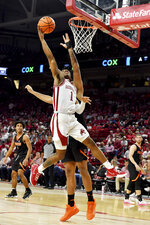 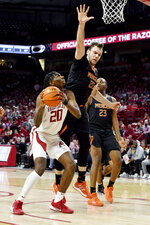 FAYETTEVILLE, Ark. (AP) — JD Notae scored 30 points for No. 16 Arkansas, which was forced to rally to beat Mercer 74-61 on Tuesday night in the season opener.

Arkansas was down eight points at halftime — Notae and Pittsburgh transfer Au’Diese Toney combined for 23 of the 28 first-half points — but went on a 14-2 run to start the second half.

“Obviously we needed JD’s points,” Arkansas coach Eric Musselman said. “We’ve got to work on our shot selection across the board as a team. We've got to have a better assist-to-turnover ratio.”

Arkansas had 13 assists and 15 turnovers. Turnovers were part of the reason Mercer lost the lead — 13 of them in the second half that led to 16 points for Arkansas.

Notae scored 17 of his game-high 30 in the final 20 minutes. Miami transfer Chris Lykes joined Notae and Toney (18 points, 11 rebounds) in double figures for the Razorbacks with 16.

“(Toney) was, not even close, player of the game. We did not run one play for him. He was phenomenal,” Musselman said. “I thought he really saved us by the way that he played unselfishly, throughout the course of the game.”

Mercer had four players in double figures, including 12 each for Kamar Robertson and James Glisson III.

Mercer: At Winthrop on Saturday.