No. 16 Tennessee, LSU meet in battle of second-place teams 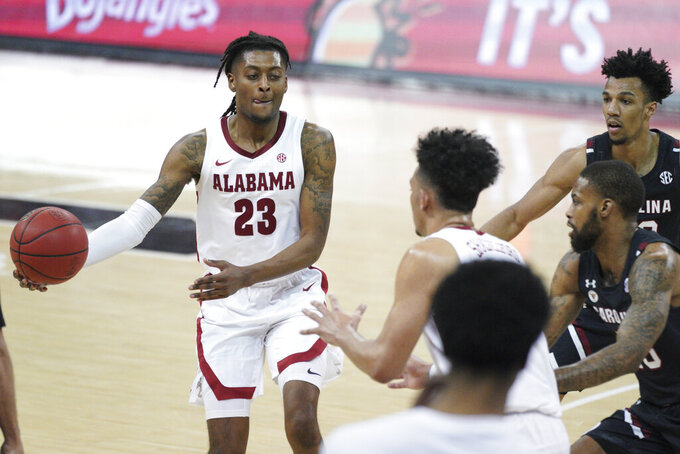 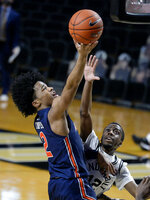 No. 16 Tennessee (14-4, 7-4 SEC) visits LSU (12-6, 7-4) in a battle between teams locked in a second-place tie with Arkansas. Both teams are coming off high-scoring wins, the Volunteers beating Georgia 89-81 and LSU topping Mississippi State 94-80. Led by the SEC's top scorer Cameron Thomas (22.4 points per game), the Tigers are scoring at an 82.2-point clip. Four players are accounting for 67.2 points, or 81.8% of the team's total. The Volunteers, meanwhile, are giving up a stingy 60.8 points on average and Jaden Springer's 11.7 ppg tops the team. LSU's Mwani Wilkinson didn't travel to the Mississippi State game with what the team said was a non-COVID-19 illness.

The other big game is streaking Arkansas against No. 10 Missouri, which is coming off an 80-59 loss to recent giant killer Mississippi. The Razorbacks have won five straight league games for the first time in four years, but they're just 3-4 on the road.

The Texas A&M-Florida game was postponed because of COVID-19 issues within the Aggies program.

Darius Days, F, LSU: He returned from an ankle injury with a 16-point, 11-rebound effort against Mississippi State. Days made four 3-pointers. It was his first action since Jan. 30 against Texas Tech, missing the Alabama game. Days had his highest scoring and rebounding totals since racking up 18 points and 13 boards in the Arkansas game on Jan. 13. He gives the team another scorer alongside Thomas, Trendon Watford and Javonte Smart.

LSU just wrapped up four straight conference games on the road for the first time since 1972, going 2-2. ... LSU shot 61.3% (38 of 62) against Mississippi State, the second-highest field goal percentage under coach Will Wade. It was the Tigers’ best shooting percentage on the road since 2000. ... Arkansas's 81-80 win over Kentucky snapped an eight-game losing streak to the Wildcats dating back to February 2014. It was just the Razorbacks' second single-digit win this season. ... Auburn's Sharife Cooper, Devan Cambridge and Allen Flanigan combined for one point in the first half against Vanderbilt and 39 in the second. Cooper finished with 19 points, Cambridge scored 11 and Flanigan 10. ... Alabama backups combined for 34 points against South Carolina, including 13 from Jahvon Quinerly and nine from Alex Reese.

No. 16 Tennessee and No. 6 Texas A&M are set for a meeting originally scheduled for Dec. 31. The game features two stingy defenses. The Lady Vols entered the week giving up 59.3 points per game while the Aggies were allowing an average of 59.8. Texas A&M was coming off a big weekend win, 69-67, over No. 16 Arkansas. The Lady Vols hadn't played since Jan. 31 coming into the week before Thursday night's 71-56 loss to Kentucky. ... Georgia’s Que Morrison and Mississippi's Shakira Austin are co-SEC players of the week. ... No. 1 South Carolina won its 30th consecutive league game, 77-62 over Missouri on the heels of Monday night's loss to No. 2 UConn.