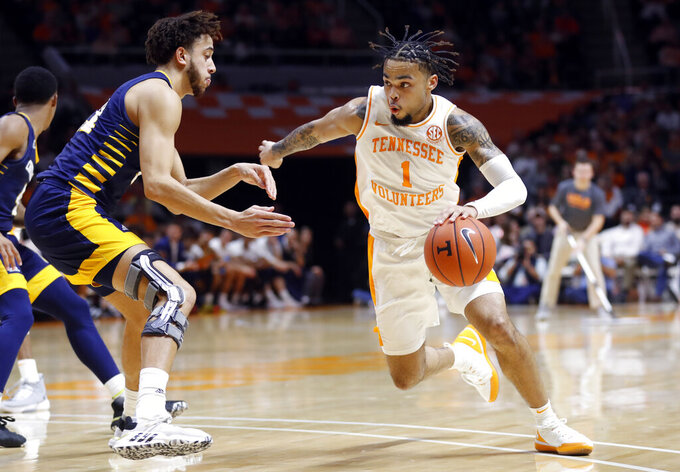 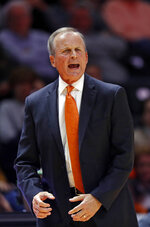 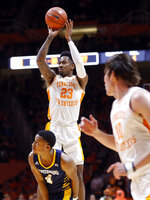 KNOXVILLE, Tenn. (AP) — Tennessee’s Lamonte’ Turner is emerging as one of the nation’s top distributors while he waits for his shots to start falling again.

Turner had 17 points and 12 assists as No. 17 Tennessee beat Chattanooga 58-46 on Monday to extend the longest active home winning streak in Division I to 30 games.

The fifth-year senior is shooting just 30% (21 of 70) from the floor this season but is averaging 9.2 assists per game. Turner entered Monday’s game ranked third among Division I players in that category.

Although he shot just 4 of 16 from the floor Monday, Turner scored or assisted on 16 of Tennessee’s 19 baskets. Turner had just one turnover along with his 12 assists, two off the career high he set Nov. 12 against Murray State.

“He just makes it easy for you,” said forward John Fulkerson, who shot 4 of 4 and scored 14 points. “Simple as that. If you can make a layup, he’s going to get you the ball.”

Jordan Bowden added 13 points and a career-high 12 rebounds for Tennessee (5-0). Matt Ryan and David Jean-Baptiste each scored nine points for Chattanooga (3-3), which shot 33.9%.

Tennessee coach Rick Barnes said last week that Turner’s left shoulder is still bothering him after he had arthroscopic surgery following the 2018-19 season.

That may explain why Turner has struggled to score lately after earning a reputation as a clutch shooter for much of his career. Turner doesn’t like to talk about his shoulder but believes his shooting stroke eventually will improve.

Tennessee built a 28-18 halftime lead by holding Chattanooga to two points during a first-half stretch that lasted 10:12.

“They’re really solid, sound and committed to what they do, especially on the defensive end,” Chattanooga coach Lamont Paris said. “I think you could see that wasn’t our best offensive day, that’s for sure. A lot of that was due to them.”

That stingy defense enabled Tennessee to stay ahead even as it struggled from the field in the second half.

Tennessee made just one basket in a span of 9:51, but Chattanooga failed to get the margin below six points during that stretch because the Mocs couldn’t make shots and couldn’t keep the Vols off the free-throw line.

“We weren’t very good on offense,” Barnes said. “Defensively, we did do some good things. We’ve got to just get better offensively.”

Chattanooga: Facing Florida State and Tennessee in its last two games, Chattanooga needed to make its 3-point shots to have any chance of surviving. But Chattanooga shot 5 of 24 from beyond the arc in an 89-53 loss to the Seminoles and followed that up by going 5 of 18 from 3-point range Monday. Chattanooga’s defense deserves credit for keeping this game relatively close most of the way.

Tennessee: The Vols are going to go as far as their defense takes them. Tennessee hasn’t allowed any of its first five opponents to shoot better than 41.1% from the floor.

Tennessee went 15 of 23 from the foul line in the second half after attempting no free throws in the first half.