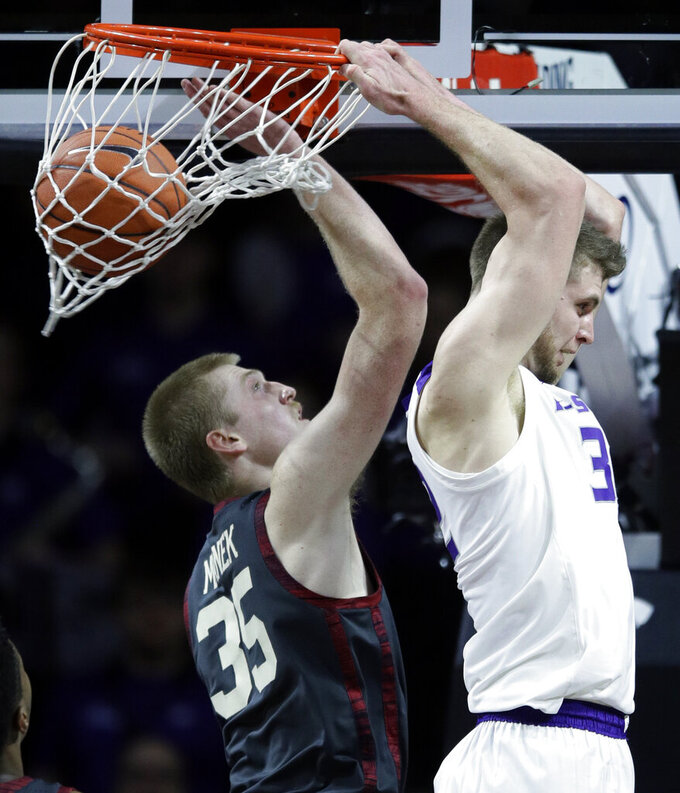 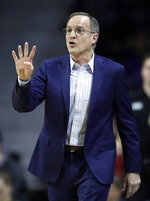 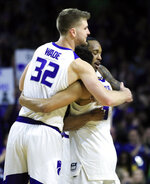 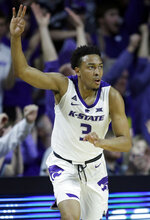 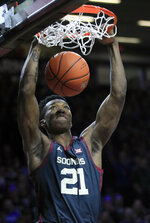 MANHATTAN, Kan. (AP) — There was one thing Kansas State seniors Barry Brown, Dean Wade and Kamau Stokes wanted to cross off their lists as they played their final home game for the Wildcats: win a Big 12 regular-season title.

Stokes scored 19 points and No. 18 Kansas State clinched a share of the conference title with a 68-53 victory over Oklahoma on Saturday night.

Brown added 15 points and Wade had 11 as the Wildcats (24-7, 14-4) finished atop the conference for the second time in 42 years, and first since 2013.The three seniors capped senior night by hoisting the Big 12 title in front of a sold-out crowd after winning just five conference games their freshman year.

"It was tough to only win five games that year," Brown said. "When we came, this program was rebuilding and we knew that, but they allowed us to come in and play and get better every year."

"We were down by 10 at the half, so obviously didn't do what we needed," coach Lon Kruger said. "They dictated pretty much throughout the game, but they are a good team."

Kruger won two conference championships when he played at Kansas State in 1972 and '73.

"Just respect for what Bruce Weber has done," he said. "He has been fantastic throughout his career and to win a conference championship is great for Bruce."

K-State was dominant on the offensive boards, grabbing 11 rebounds and scoring 16 second-chance points.

The Wildcats also used nine three pointers, including four from Stokes and held the Sooners to only five.

Stokes started the second half by scoring eight straight points in a 10-1 run for the Wildcats, which gave K-State a 42-23 lead with 17 minutes to play. The Wildcats never looked back and led by as many as 29 in the win.

"I told them those first five minutes were very important," Weber said. "To do something special, it doesn't come easy. But this was easier than I thought it would be."

Brady Manek was ejected late in the second half after a flagrant 2 foul.

As Brown and Wade walked off the court one final time, they both kissed the Powercat logo in the middle of the floor to show their appreciation of K-State.

It's tough to make a run in the NCAA Tournament, but Weber thinks this Wildcat grouped is equipped to do anything.

"We told our guys this is one phase of our mission this year," he said. "We have to keep moving forward, there's a lot more stuff to add to their rings."

Oklahoma: The Sooners are playing much better since the middle of February and look much better than they did six games ago.

K-State: Won their first Big 12 regular-season title in six years and the second under Weber. K-State has won five of its last six games heading into the conference tournament.

Oklahoma: Takes on 10th-seeded West Virginia on Wednesday night in the opening round of the Big 12 Tournament in Kansas City, Missouri.

K-State: Will play the winner of No. 8 seed TCU and ninth-seeded Oklahoma State on Thursday.