No. 19 Maryland keeps improving and finding new ways to win 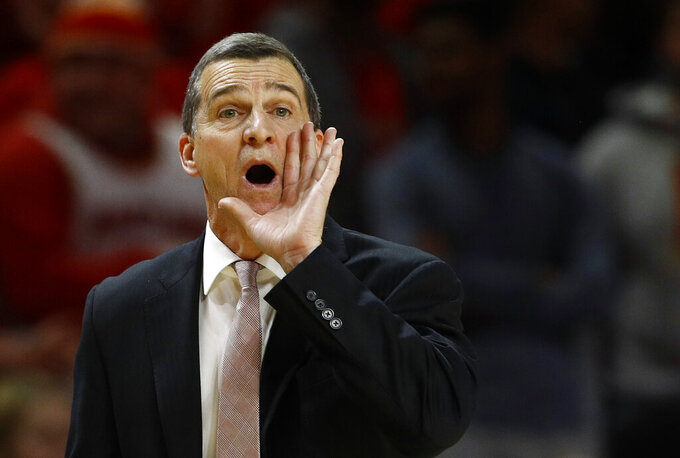 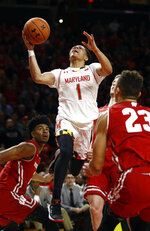 COLLEGE PARK, Md. (AP) — The most intriguing aspect of Maryland's unexpected ascent into the Top 25 is that the Terrapins have won in so many different ways — in spite of their youth.

During a six-game winning streak that's lifted Maryland into third place in the Big Ten, the 19th-ranked Terps (15-3, 6-1) have rallied from behind, blown big leads and prevailed even when their best players were held in check.

Five of Maryland's next six games will be played away from home, so this season's rollercoaster ride could easily continue. Coach Mark Turgeon can only hope that his freshman-laden team can appreciate what it's accomplished thus far and will continue to grow.

"We are the fifth youngest team in Division I basketball," Turgeon said after the Wisconsin game, an assertion he's reiterated since the season opener. "It's the best league in the country, and just to get another (win) is terrific for us. It's not getting any easier. We have to go on the road, Ohio State, Michigan State the next two games."

Maryland was cruising against the Badgers until 6-foot-10 sophomore Bruno Fernando picked up his fourth foul. Within five minutes, a 51-36 lead became 57-54.

"We didn't have Bruno most of the second half because of foul trouble. But we found a way to win and we just continue to find a way to win," sophomore guard Darryl Morsell said.

Maryland is 5-1 when trailing at halftime, including 4-0 in the Big Ten. During their current winning streak, the Terps trailed Radford, Minnesota and Indiana before rallying.

The script was flipped against Wisconsin. Maryland gave away a 33-15 halftime lead before Anthony Cowan Jr. came to the rescue with the game-winning shot from beyond the arc in the closing seconds.

"Everybody is saying you have to start games better, but I would rather finish them better, right?" Turgeon said. "So now everybody is going to be saying we need to finish the games better."

Morsell, and freshmen Smith, Eric Ayala, Aaron Wiggins and Ricky Lindo Jr. have performed well as the supporting cast for Cowan, the team's leading scorer, and Fernando, a force in the middle who could very well be headed to the NBA after this season.

"He's a load. He's a much improved player, first to second year," Indiana coach Archie Miller said of Fernando. "He's one of the better guys in our league."

Maryland survived against Wisconsin on a night Fernando was limited to 10 points in 21 minutes, mostly because Cowan was there when it counted most.

"The key to their team is Anthony Cowan," Miller said. "They have a good system, he has good players around him so he has space to play. He's really tough to cover 1 on 1."

Back in October, Turgeon said this would be a team that improved as the season wore on . That's what happened so far, and the goal is to keep it going through the NCAA Tournament.