No. 2 Baylor rebounds with 85-66 win over Kansas State 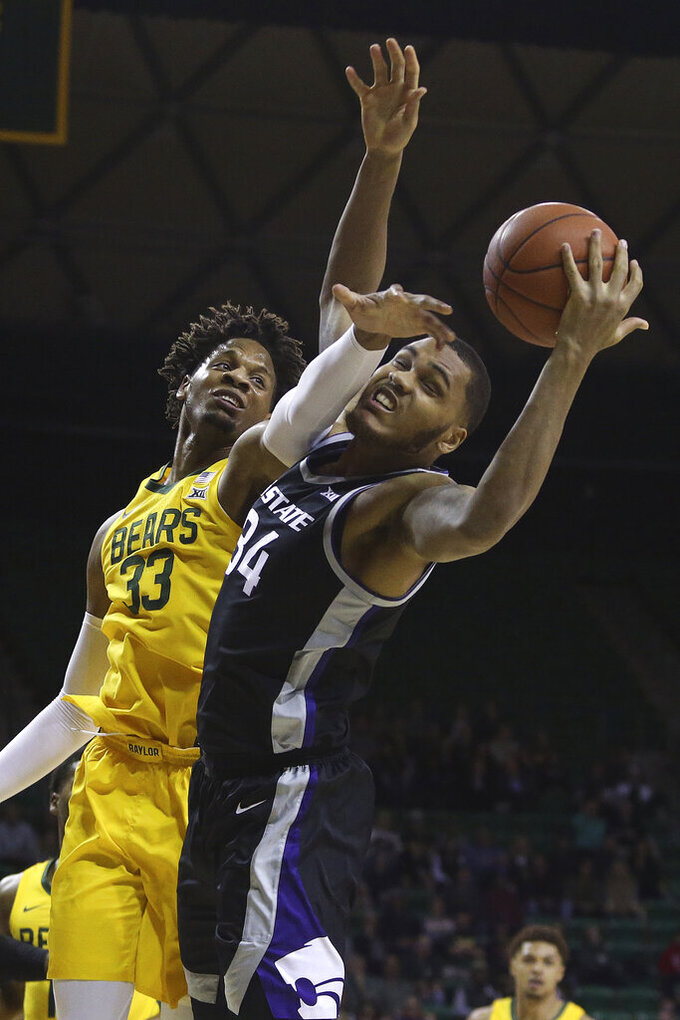 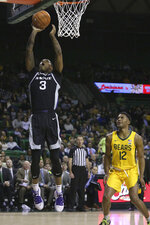 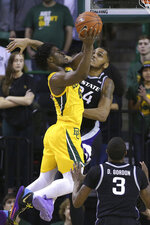 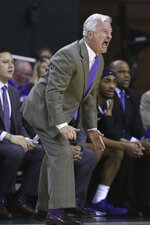 WACO, Texas (AP) — Baylor coach Scott Drew was a little worried after warm-ups that his team might come out flat, so he re-emphasized the importance of the game and getting off to a good start.

The No. 2 Bears then went out and quickly rebounded from their first Big 12 loss, with five players scoring in double figures in their most lopsided conference win this season, 85-66 over Kansas State on Tuesday night.

“After the Kansas game, everybody was a little worried we were going to have a bad game because every time people play bad after Kansas,” Baylor guard MaCio Teague said. “We put it behind us and we were 0-0."

The Bears (25-2, 14-1 Big 12) jumped out to an 11-2 lead in the first five minutes and never trailed, building as much as a 28-point lead while scoring 50 points by halftime. That came three days after losing at home to now-No. 1 Kansas, a 64-61 setback that ended their conference-record 23-game winning streak and their five-week run as the nation's top-ranked team.

“We were kind of hoping they wouldn’t be ready to play, but obviously they were ready to play," Kansas State coach Bruce Weber said. “Some of it is our defense, not quite where we have been in the past, some of it is they made some tough shots."

Cartier Diarra had 19 points for Kansas State (9-19, 2-13), which is 0-8 in February and has lost all eight of its conference road games. DaJuan Gordon had 12 points and Mike McGuirl scored 10.

Matthew Mayer scored a career-high 19 points to lead the Bears, and Jared Butler's 16 included seven in a row in that quick start — a 3-pointer, two free throws and a fast-break jumper. Butler was 4 of 5 on 3-pointers as Baylor made 13 shots from long range.

Davion Mitchell (14 points, 10 assists) and Freddie Gillespie (10 points, 11 rebounds) both had double-doubles while Teague had 13 points.

“Coaches are always worried about something. How we would respond and come out and play. And I think that’s one of the strengths of our team all year long is we’ve shown up, we’ve played, we’ve competed,” Drew said. “There was no mental lapse or letdown after our last home game.”

Kansas State: The Big 12 co-champions last season, the Wildcats first lost three seniors from that team and have since been plagued by injuries. They were down 34 points with 4 minutes to go before finishing this game on a 16-1 run, when Baylor went without a field goal with its starters on the bench. The Wildcats did finish with a 31-30 rebounding margin.

Baylor: The Bears, who are 13-1 at home this season, continue their push for the program’s first conference title, and kept the pace with Kansas after the Jayhawks beat Oklahoma State by 25 points on Monday night. ... Baylor shot only 53% from the free throw line in the loss to Kansas, but was 16 of 18 (88.9%) against the Wildcats.

Baylor was without forward Tristan Clark, who missed his sixth game this season because of his lingering knee soreness. He had played in the past eight games, with double-figure scoring in the last three. He missed the final 20 games last year after a left knee injury that led to season-ending surgery.

“Tristan, he did a great job on the bench supporting guys, but he just wasn’t able to go tonight,” Drew said. “His (knee) is just always day-to-day. You just never know how it’s going to be.”

Baylor can finish no worse than second place alone in the Big 12 after its latest win. The Bears twice have finished tied for second in the regular season standings, but were the No. 3 seed in the Big 12 tournaments in 2010 and 2017. The last time they finished alone in second place in a league play was in the Southwest Conference in 1987.

Xavier Sneed made his 100th career start for Kansas State, and fouled out while playing 23 minutes. He was 1 of 11 shooting, including 1 of 5 on 3-pointers. He made all four of his free throws.

Kansas State is home Saturday against No. 1 Kansas. The Jayhawks won by 21 points when the last meeting between the Sunflower State rivals ended with an ugly brawl on Jan. 21.

Baylor travels about 90 miles north on Saturday to play at TCU, which the Bears beat by 16 on Feb. 1.