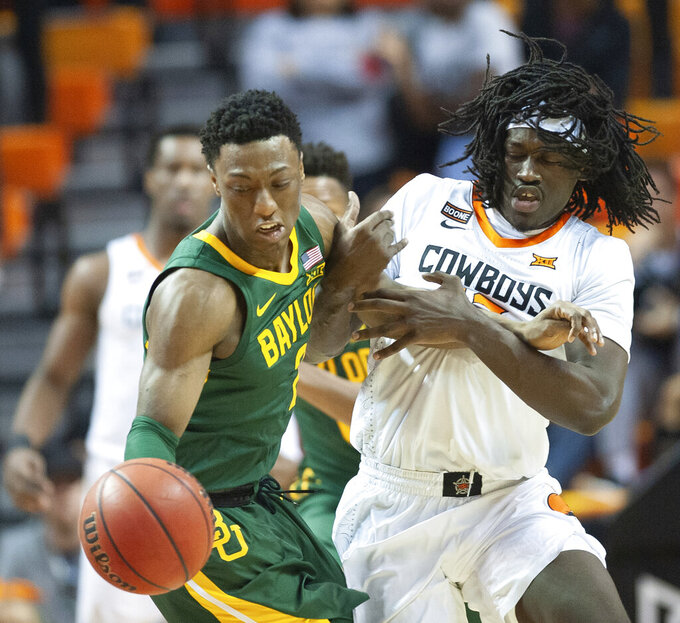 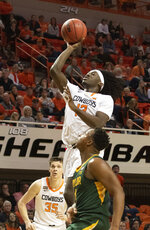 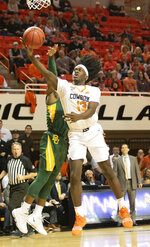 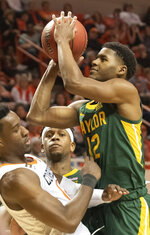 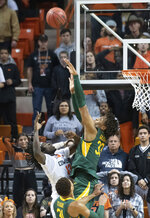 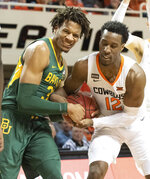 Freddie Gillespie had 17 points, four rebounds and four blocks and Devonte Bandoo scored 14 of his 16 points in the second half to help No. 2 Baylor rally past Oklahoma State 75-68 for the Bears’ 14th straight victory. Oklahoma State has lost five in a row.

Baylor (15-1, 5-0 Big 12) has the second-longest active streak in the nation and the third longest in school history.

Jared Butler added 17 points, six assists and three steals for Baylor, which overcame a 12-point deficit in the last 14 minutes.

“I thought second half, we really did a good job taking care of the basketball, with only two turnovers,” said Baylor coach Scott Drew. “We really shared the ball well. It’s always a team game, you’re going to have different guys step up on different nights. I’m really pleased that we didn’t get rattled and were able to stay the course.”

The Bears were down 47-35 with 14 minutes remaining but used an 18-4 run over the next four-plus minutes to get back in the game. When MaCio Teague hit a 3-pointer 8:43 left, Baylor had its first lead.

The teams exchanged leads four times down the stretch before the Bears went up 66-61 with 2:21 to go on consecutive 3-pointers from Bandoo. Waters’ 3-pointer got the Cowboys within 68-66 with 1:21 left, but Baylor sank seven of eight free throws in the final minute to seal it.

“I think first and foremost, we stayed together,” Drew said. “Sometimes you get down like that and you get finger-pointing and people blaming each other and that’s never the way to solve the issue. And when we made some changes in what we were going to do defensively, everyone was locked in. You knew that their minds were in a good spot and that’s what you need from the team. You want that leadership from them.”

Baylor: The Bears entered the day having trailed for a total of just 22 minutes, 13 seconds, over their previous nine games. Their largest deficit in that span was a 20-15 margin in the first half of a 67-55 win over then-No. 3 Kansas on Jan. 11. Oklahoma State led for a total of 30:13 in this one and was ahead 36-27 at the half, just the fourth time this season Baylor wasn’t up at halftime.

Oklahoma State: After shooting just 30% or less in three of their previous four outings, the Cowboys found their mojo. Their shooting percentage was the highest in five games. They were also 10 of 24 (41.7 %) from beyond the arc, their best figure since Nov. 13, a span of 14 games.

Oklahoma State won the rebounding battle, 37-30, including a 19-12 edge in the second half. … After shooting just 16.7 % (2-for-12) from 3-point range in the first half, Baylor was 6-of-11 (54.5 %) in the second. … After shooting just four free-throw attempts in the first half (making three), Baylor shot 19 (making 16) in the second. … Oklahoma State changed its starting lineup, with freshmen Avery Anderson and Kalib Boone each making their first career starts in place of Dziagwa and Yor Anei.

“I feel like we were definitely in a better situation that we were against Texas last game at home, and we just played harder,” McGriff said. “We’re finding our groove. There’s not really one resolution to winning basketball games. We just have to stick to it and play the right way. We still haven’t gotten the result we wanted, but we have to continue to stay in high spirits.”

Oklahoma State: The Cowboys play at Iowa State on Tuesday.