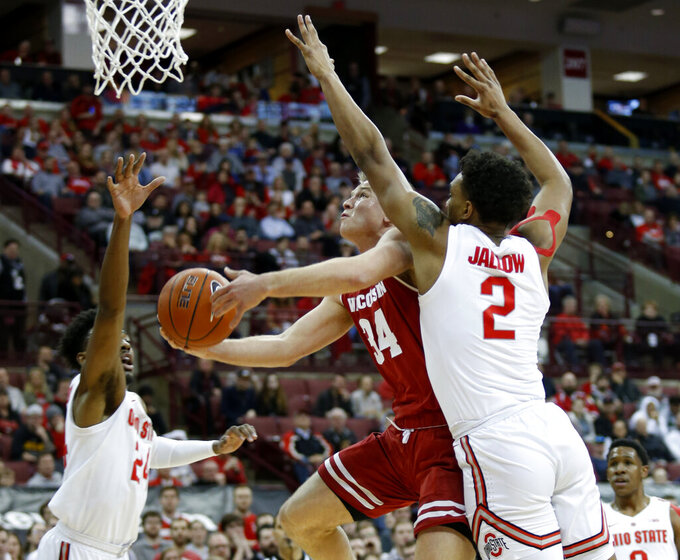 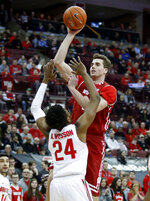 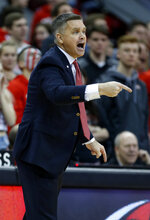 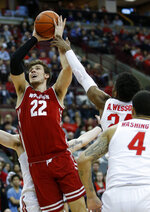 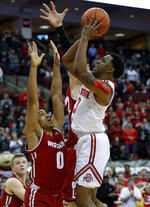 COLUMBUS, Ohio (AP) — Wisconsin coach Greg Gard wasn't sure whether to be mad at his players for blowing a 23-point second-half lead at Ohio State or happy they found a way to win.

Ultimately, Gard settled on a positive outlook after his 21st-ranked Badgers rallied for a 73-67 overtime win on Sunday.

"We'll be fine," Gard said. "This is a great lesson for us. It's a better lesson than doing that and losing it. We have to look at how well we played for 33 or 35 minutes. We did some really good things, and we did some good things in overtime, too."

Wisconsin (22-9, 14-6) snagged the No. 4 seed and a bye in the first two rounds of the Big Ten tournament, which starts Wednesday in Chicago.

"For this group, to do what they've done this year, given the predictions and prognostications, to finish fourth and get the double-bye is a heck of an accomplishment for our guys," Gard said.

Wisconsin was up by 23 and appeared to be cruising to an easy win in the second half. But Ohio State (18-13, 8-12) went on a 27-5 run over the last seven minutes of regulation to force overtime. Wisconsin's defense held tough as the Badgers outscored the Buckeyes 10-4 in the extra period.

"We made it way more interesting than I ever wanted it to be," Gard said.

The Badgers were led by seniors Khalil Iverson and Ethan Happ. Iverson had career highs in points (22) and rebounds (14). Happ notched his 21st double-double of the season with 16 points, 14 boards and eight assists.

"The take-home message is we got what we came here to do done," Happ said. "It is a little concerning that we kind of gave up that huge lead and we weren't able to close."

It was a big homecoming for Iverson, who's from suburban Columbus. He has played in 132 games in his career for the Badgers, but his only double-doubles have come in the last two games.

Ohio State played and lost its third consecutive game without top scorer and rebounder Kaleb Wesson, who is suspended for violating athletic department policy. Ohio State coach Chris Holtmann said the Wesson situation could be addressed prior to the Big Ten tournament.

After missing its first 13 attempts from the floor in a loss at Northwestern on Wednesday, Ohio State missed its first 11 shots in this game. Wisconsin led 26-16 at the half, holding the Buckeyes to their lowest first-half point total of the season.

The Badgers then roared out in the second half with an 18-5 run to go up 44-21 with 16 minutes left, but Ohio State surged to tie it, and Jackson missed a potential game-winning 3-pointer at the buzzer.

"We didn't really have an answer for Iverson or Happ," Holtmann said.

Ohio State: The Buckeyes' NCAA Tournament hopes were on life support coming into the game. But if they can get Wesson back for the Big Ten Tournament, they might be able to make some noise in Chicago and earn an at-large bid.

Wisconsin: The Badgers go into the conference tournament having won five of six to end the regular season. This was a good game for Wisconsin to find other scoring threats to complement Happ.

Ohio State: The Buckeyes will be the No. 8 seed in the Big Ten Tournament and play ninth-seeded Indiana on Thursday.

Wisconsin: After their double-bye, the Badgers will open tournament play Friday.