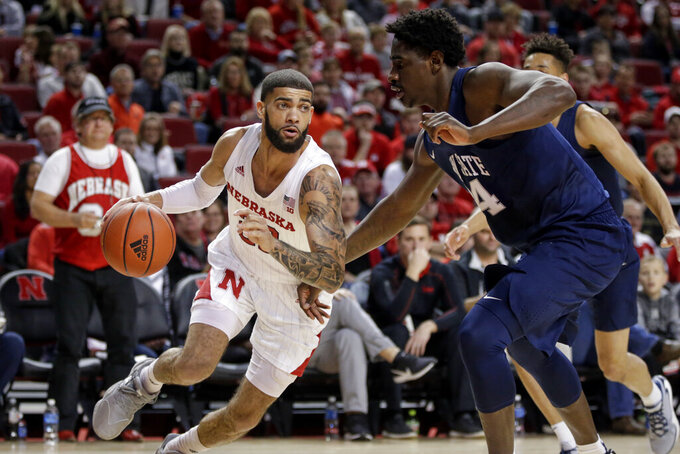 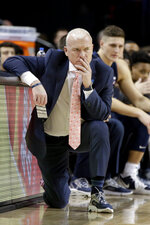 LINCOLN, Neb. (AP) — With a measuring-stick game at Michigan State up next, No. 24 Penn State easily could have overlooked Nebraska.

All coach Patrick Chambers had to do to keep his players on task was to remind them that the Nittany Lions had never won in Lincoln since Nebraska joined the Big Ten in 2011-12.

Myles Dread scored 14 points, Lamar Stevens and Myreon Jones had 13 apiece, and Penn State pulled away early in the second half on its way to a 76-64 win over the struggling Cornhuskers.

“It's just another boost of confidence,” Stevens said. “Playing in Nebraska is never easy. And you know we didn't take it lightly. So just going into this week we worked really hard at practice and watched a lot of film and were ready for a dogfight.”

“It's a blessing, and I'm just grateful for every opportunity I get to play with these guys,” Stevens said. “I'm just glad I got to reach this accomplishment. It's just a credit to my teammates and my coaches for just believing in me.”

Penn State (16-5, 6-4 Big Ten) won its fourth straight after a three-game losing streak and heads into No. 14 Michigan State with momentum.

“I still think we can get better,” Chambers said. “I just said that to the team: ‘Guys, great job, never won here before, so we’re going to take this victory and go home. However, it’s scary to think we can get a lot better. We can get more production from certain individuals. Just keep that growth mindset and be the best team we can be by the end of the year.'"

The Cornhuskers (7-15, 2-9) lost their seventh in a row as season scoring leader Cam Mack was held without a point for the first time this season. Haanif Cheatham led the Huskers with 15 points, Thorir Thorbjarnarson added 12 and Dachon Burke had 11.

The Lions scored the first eight points of the second half to go up 46-33, with Watkins dunking a lob from Jones that led Nebraska coach Fred Hoiberg to call a timeout.

The Huskers turned over the ball on three of their first five possessions after the half and didn't score until Burke converted a fast break. Watkins answered with a dunk putback, and the Lions' lead grew to 60-39 when Stevens dunked and hit a 3 to end a 22-6 run.

“I've been pleased with the guys coming out, their approach and leaving it all out on the floor,” Hoiberg said. “Tonight, that wasn't the case. I feel sick about it in our home building with an unbelievable crowd, to go out there and have that type of thing happen. You have to find a way to compete for 40 minutes. We did for the first 20, and then second half you see the heads hanging, but it's no excuse to not go out and play your (tail) off.”

Former walk-on Charlie Easley made his first start for Nebraska, taking Mack's place in the lineup. Mack was held out the first five minutes for being late to a film session Friday. He picked up two quick fouls and never found any rhythm. His previous low was five points against South Florida in November.

Nebraska: There was no way the Huskers were going to win without Mack being a big factor. He never got going. He finished 0 for 6 in a season-low 22 minutes.

Penn State went 2-0 this week and might move up a spot if voters drop No. 20 Colorado for losing at UCLA on Thursday.

Penn State visits No. 14 Michigan State on Tuesday for the first of two meetings with the Spartans this season.

Nebraska visits Iowa on Saturday and will try for the two-game season sweep of the Hawkeyes.