No. 25 Houston beats Cincinnati, moves into 1st in AAC 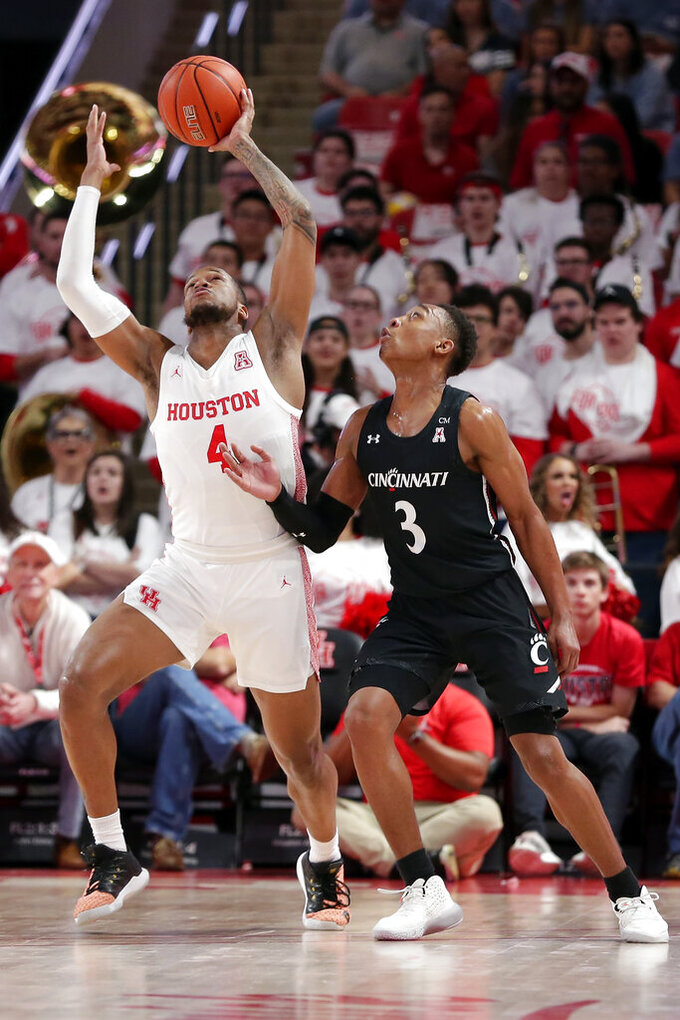 Houston forward Justin Gorham (4) reaches for the ball after it is knocked away by Cincinnati guard Mika Adams-Woods (3) during the first half of an NCAA college basketball game Sunday, March 1, 2020, in Houston. (AP Photo/Michael Wyke) 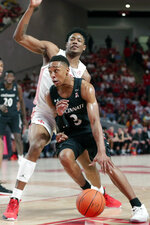 Houston shot 36%, including a 2-for-19 stretch to end the first half and start the second half.

“We knew this was a game we needed to win,” said Houston center Chris Harris Jr., who had 11 rebounds and four blocks. “We just came out and handled business. That could have really been the difference in our season. That was a must-win game.”

Tre Scott had 17 points and 11 rebounds, and Jarron Cumberland added 11 points for the Bearcats, who shot 35% but made just 6 of 25 in the second half.

“We just got to take good shots,” Scott said. “We have to take smart shots. We have to be aggressive. They did a good job defensively I guess if we shot 24% from the field (in the second half). At the end of the day, we all should be disappointed, especially in the first half, with how we rebounded the ball.”

“That was the game,” Brannen said. “Fourteen more shots at halftime, 20-plus more shots in the game. It’s an easy numbers game when you shoot that many (more) shots than your opponent, you’re going to win the game.”

Houston ended the first half with a 13-1 run behind four points apiece by Mills and Hinton to take a 38-31 lead into halftime. Mills had 12 points at the half.

After the Bearcats closed within 54-49 on a layup by Zach Harvey with seven minutes remaining, Houston answered with a 14-2 run over the next five minutes.

Cincinnati: The Bearcats missed a chance to help their NCAA Tournament resume. Cincinnati beat Houston 64-62 at home on Feb. 1. ... Cincinnati fell to 2-3 this season against ranked opponents.

Houston: The Cougars improved to 7-0 this season after a loss. ... Houston held a 13-3 advantage in second-chance points.

Brannen coached a day after the death of his father, also named John Brannen. He said on Twitter that his father died of ALS and dementia. Houston held a moment of silence before the game in memory of the elder John Brannen.

“It was a classy act,” Brannen said. “I was notified before the game. Kelvin reached out to me the day before, sent me a text. Classy organization. Kelvin is a well-respected coach in his profession. You can see why. I was certainly very appreciative, very thankful. It’s been an extremely emotional 24 hours.”

Cincinnati: At South Florida on Tuesday.