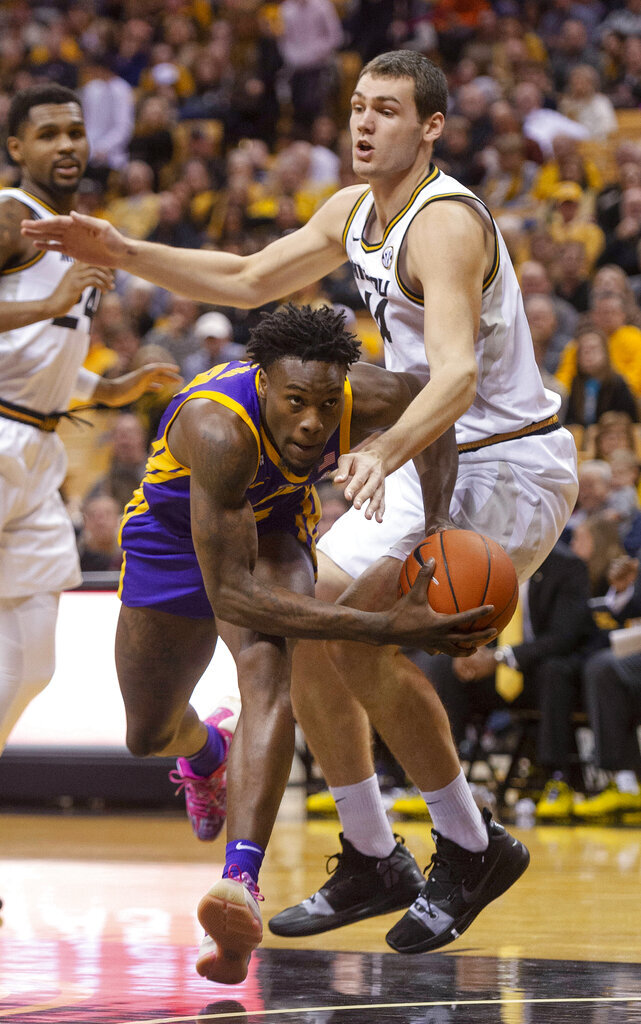 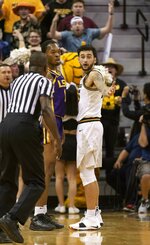 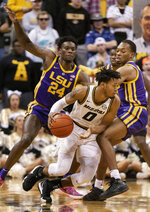 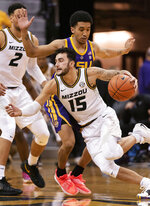 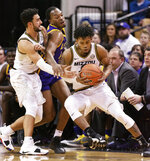 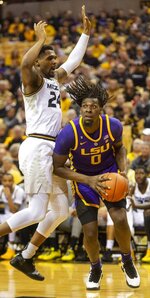 COLUMBIA, Mo. (AP) — Skylar Mays and the No. 25 LSU Tigers amazed their coach with a big rally.

Mays scored 11 points of his 24 points in the last three minutes of regulation and LSU overcame a 14-point deficit in the final 2:08 to force overtime in an 86-80 victory over Missouri on Saturday night.

"That happens one out of 500 times maybe, and that may be generous," LSU coach Will Wade said. "Like I told our guys in the locker room: 'We're out of mulligans after this. Any deposits we put in the bank due to our hard work, we used them all here today.'"

"They were up big, so we knew we had to get more possessions in the game, so we started to run-and-jump a little bit," Mays said. "We were able to get steals."

With LSU down 71-70, Waters missed a contested shot on a drive. Missouri's Ronnie Suggs was called for a foul battling for the rebound, sending Emmitt Williams to free throw line with 2.2 seconds left. He missed the first and made the second.

Smart had two of LSU's three steals in the final two minutes.

"They just had a little more pressure, and I think it sped us up," Missouri point guard Jordan Geist said. "As a senior, I've got to make sure our guys are under control. I've got to take care of the ball, as well."

In overtime, Smart hit consecutive 3-pointers to give LSU the lead for good.

"When I made that first one, I just felt like I could go for another one," Smart said.

Missouri: Sophomore guard Mark Smith, the team's second-leading scorer at 12.6 points per game and the SEC's most accurate 3-point shooter at 47.5 percent, sat out with a left ankle injury. Smith twisted the ankle Wednesday night late in a loss at Arkansas. Freshman Torrence Watson got his first career start in Smith's place.

LSU: LSU kept pace with Tennessee at the top of the standings. The teams meet on Feb. 23 in Baton Rouge. LSU is 6-0 in conference play for the first time since 2006.

Missouri: At Auburn on Wednesday night.

LSU: At LSU on Tuesday night.