No. 3 Tennessee dominant through first weeks of SEC schedule 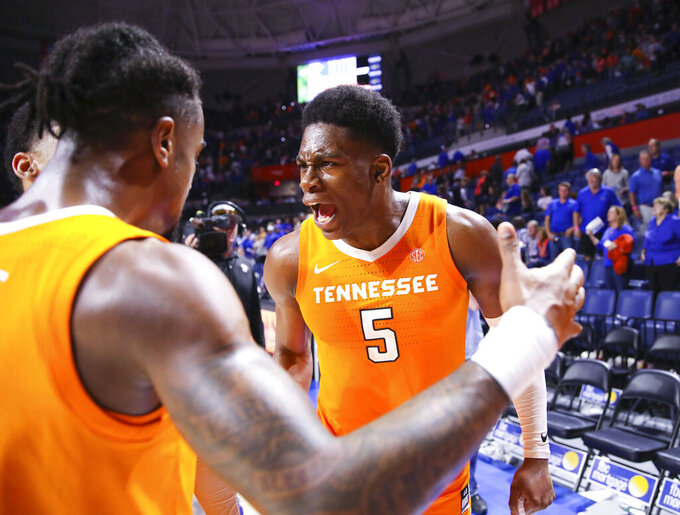 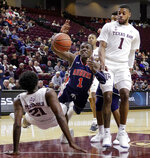 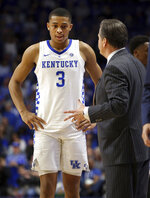 No. 12 Kentucky at No. 14 Auburn: Kentucky (13-3, 3-1 SEC) will be trying to hand Auburn (13-3, 2-1) its first home loss of the season Saturday. Auburn beat Kentucky 76-66 at home last season on its way to winning a share of the SEC regular-season title. Auburn has posted double-digit wins over Georgia and Texas A&M since losing at Mississippi last week. Kentucky dropped its SEC opener to Alabama but has won three straight since that setback.

Who is Tennessee's top challenger for the SEC title?: No. 3 Tennessee (15-1, 4-0) is the early SEC front-runner after beating its first four conference opponents by a combined 100 points, but plenty of other contenders also have emerged. The two other SEC teams unbeaten in conference play will face off Saturday when South Carolina (9-7, 4-0) visits LSU (13-3, 3-0). South Carolina is the SEC's big surprise after entering league competition with a losing record, while LSU is coming off an 83-69 victory over No. 18 Ole Miss . Kentucky was the preseason pick to win the SEC, and Auburn shared the league title with Tennessee last season. No. 24 Mississippi State (13-3, 1-2) also bears watching even after losing its first two conference games.

Tennessee is the third major-conference team over the last 20 years to outscore its first four league opponents by at least 100 points, according to Elias Sports Bureau. The others were Duke in 2000-01 and Florida in 2012-13. ... Vanderbilt (9-7, 0-4) is 0-4 in SEC competition for the first time in school history. .... South Carolina is 4-0 in SEC competition for just the third time since joining the league in 1992. South Carolina started 11-0 in 1997 and 5-0 in 2017. ... Kentucky's 69-49 victory at Georgia on Tuesday was its 12th straight over the Bulldogs. That is Kentucky's longest current winning streak over any SEC opponent. ... LSU's victory at Ole Miss was its second straight road win. LSU had lost nine straight road games before those two wins.

LSU guard Tremont Waters has been arguably the biggest factor in the Tigers' rise to the top of the SEC standings. Waters had 20 points, nine assists and three steals against Ole Miss. The 5-foot-11 sophomore is averaging 18.7 points and nine assists in SEC competition and his dazzling passes are providing a reminder of why the Tigers were highly-regarded during the preseason.