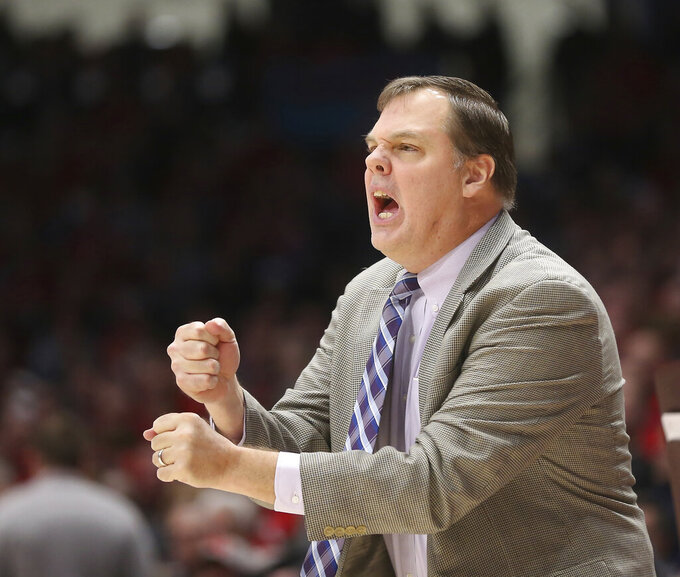 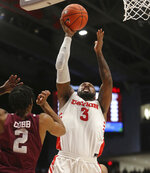 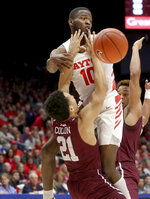 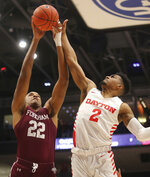 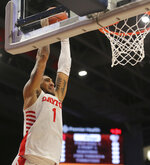 DAYTON, Ohio (AP) — Trey Landers sees himself as more of a role player — lock down on defense, provide senior leadership — than a shooting star. With No. 7 Dayton's top outside shooters uncharacteristically struggling, he moved into a much bigger role.

Landers matched his season high with 18 points, Obi Toppin also had 18 and Dayton beat Fordham 70-56 Saturday for its 16th straight win over the Rams.

Landers had a career-high 26 points against Fordham two seasons ago and helped the Flyers gain control quickly by scoring 13 in the first half. Landers also finished with a team-high eight rebounds.

“He's really thriving in doing the things he's doing, both offensively and defensively,” coach Anthony Grant said. “His leading, his voice, the energy he brings on a daily basis — he's really matured over the course of his career.”

The shooting guard has grown into one of the Flyers' most valuable players — teammates refer to him as “the glue” — despite rarely leading the team in scoring.

“Coach told me before the start of the season to know what my role is,” Landers said. “When you have good role players, it makes your team better. I just tried to embrace my role more.”

Jalen Cobb had 22 points for Fordham, which scored the game's first basket and was futile trying to catch up thereafter.

The Flyers opened with an 18-4 run sparked by Toppin's dunk and a 3-pointer. Dayton led by 21 during the first half, holding the Rams to 30.8% from the field.

The Flyers got ahead comfortably even though top outside shooter Jalen Crutcher missed all of his six shots in the half. Crutcher, who had at least 20 points in four of the last five games, finished with three points on 1-of-8 shooting.

The Rams hit three consecutive 3s, cutting a 22-point deficit to 47-34, but Toppin hit a bank shot and a free throw to blunt Fordham's comeback.

That was the one disappointment for Dayton, which was never challenged but wasted chances to build the lead even bigger.

“When we have a lead of 15 or 20 points, we need to turn it into 30 or 35 points,” Landers said. “That's our biggest thing going forward. Coach has been preaching that.”

Fordham's defense is its strength, leading the Atlantic 10. The Rams allow an average of 60.7 points, which ranks 14th nationally. Dayton leads the league in scoring at 82.7 points per game and became the fourth team to score 70 points against the Rams this season.

Dayton: The Flyers have been ranked nationally for nine straight weeks, their best stretch since the end of the 1955-56 season, when they finished No. 3. They haven't been ranked higher than No. 7 since December 1967, when they were sixth.

The officials separated Dayton's Rodney Chatman and Fordham's Joel Soriano as they exchanged words with 5:56 left in the first half.

They Flyers had an assist on 21 of their 23 field goals. They came into the game third nationally in assists at 18.7 per game.

Fordham junior guard Ivan Raut missed the third straight game with an elbow injury. Sophomore forward Onyi Eyisi, who is second on the team in rebounding, also missed the game because of injury.

Dayton hosts Saint Louis next Saturday, the second of three straight home games. The Flyers won at Saint Louis 78-76 in overtime on Jan. 17.