No. 7 Wisconsin rolls past Arkansas-Pine Bluff 92-58 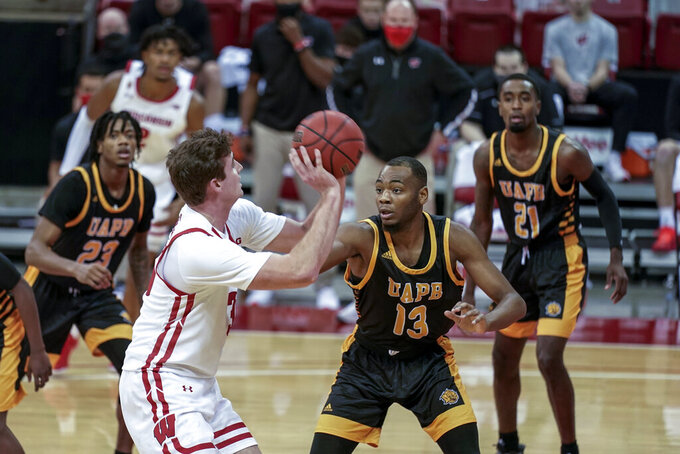 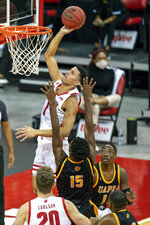 MADISON, Wis. (AP) — Seventh-ranked Wisconsin was too tall – and too everything else – for outmanned Arkansas-Pine Bluff.

Micah Potter scored 19 points and D’Mitrik Trice added 15 as Wisconsin used its size advantage to overwhelm the Golden Lions 92-58 in a non-conference game on Friday night.

Wisconsin (2-0) scored the first 25 points of the game, hitting 10 of its first 13 shots, before Kshun Stokes scored on a floater from the lane for the Golden Lions with 10:05 left in the first half.

“Obviously a terrific start, but I think the most important thing was that we stayed true to how we need to play for the most part, and didn’t get loose and sloppy,” Wisconsin coach Greg Gard said. “And, that’s challenging, especially when the score starts to really slide in one direction quickly.”

“We just dug a big hole and you can’t dig a hole like that against a really, really good basketball team,” Arkansas-Pine Bluff coach George Ivory said.

The Badgers pushed the lead to 45-10 on a pair of free throws by Nate Reuvers. Joshuwan Johnson scored seven consecutive points for the Golden Lions’ only offensive flurry of the half, making it 47-19. With the game firmly in hand, Wisconsin substituted early and often with eight players recording at least 10 minutes by halftime.

With the 6-foot-11 Reuvers, 6-10 Potter and 6-8 Ford across the front, the Badgers enjoyed a huge size advantage over Arkansas-Pine Bluff, whose tallest starter was 6-9 sophomore Alvin Stredic Jr., who picked up three first-half fouls.

Wisconsin scored 38 points in the paint compared to 18 for the Golden Lions. The Badgers also shot 10-for-19 from 3-point range, including three by Trice.

“When you play against two guys like they have inside, 6-10 and 6-11, it was tough on our guys,” Ivory said. “But, it’s a good learning experience for our team going into the conference … We won’t see any big guys that skilled in our league.”

It was the second consecutive easy victory for the Badgers, who defeated Eastern Illinois 77-67 in their opener on Wednesday after leading by 23 at the half.

“We’ve been exposed to a couple things that we need to take care of internally, things we know we need to fix,” Potter said. “But, without having those preseason games, it’s hard to find that stuff out before we actually start playing. The biggest thing is just fine-tuning, making sure we’re fixing things that we’re weak at, because come Big Ten season, it’s going to be a battle every single day.”

Based on the strength of their opponents, Wisconsin’s two victories are not likely to have much of an impact on the poll ranking unless teams above them are upset.

Wisconsin: After a pair of tune-up victories, the Badgers face in-state rivals Wisconsin-Green Bay and Marquette, followed by a home game against Louisville.