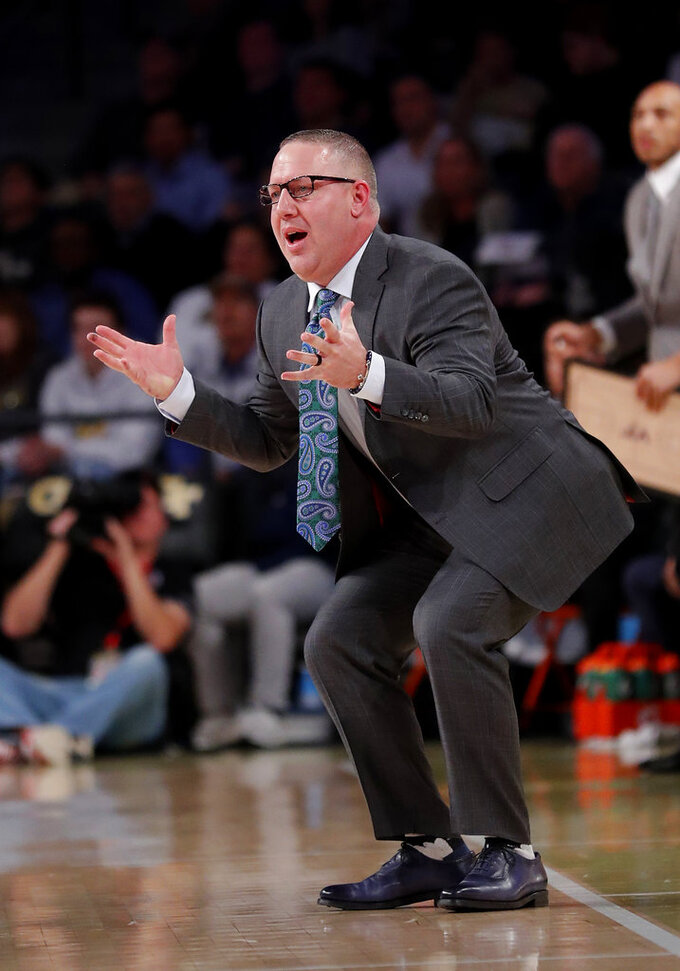 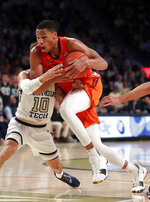 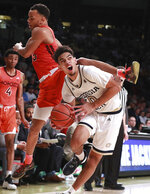 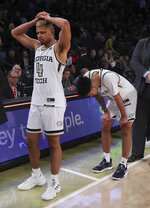 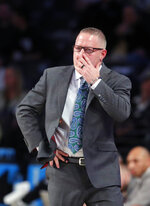 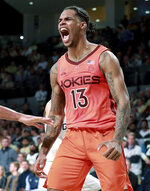 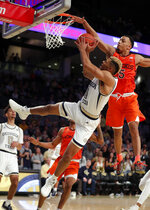 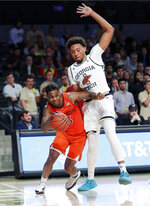 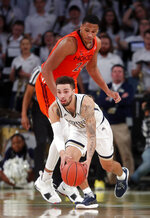 It took all night, but the Hokies finally got what they needed.

"I know we missed a lot of shots, but in the end we found a way to win," Hill said. "That's kind of how our team is built."

The Hokies (14-1, 3-0 Atlantic Coast Conference) won their ninth straight game for the school's best start to a season since the 1982-83 team had an identical record. They trailed just once after the first minute of the game.

Virginia Tech, the nation's second-best 3-point shooting team, hit only five 3s and finished at 18.5 percent from beyond the arc but still made enough stops to win.

"I thought our guys hung in there even though it wasn't as pretty as we want it to be offensively," coach Buzz Williams said. "Obviously we're excited about the result, but I think there were a lot of lessons that will end up being good lessons for us down the road."

Jose Alvarado scored 20 points and Abdoulaye Gueye had 11 for Georgia Tech (9-6, 1-1). The Yellow Jackets had won three in a row.

The game featured an abundance of mistakes in the closing minutes. Justin Robinson missed the front end of a 1-and-1 for Virginia Tech and Michael Devoe did the same for the Yellow Jackets. James Banks III missed an easy layup for Georgia Tech and, after Blackshear hit a free throw, Brandon Alston threw the ball out of bounds with no teammate nearby.

Gueye made the final gaffe, stepping on the baseline as he attempted to throw a pass down court with 1.8 seconds remaining.

"We were going in to James, and that's why I like to have a timeout late, but we should not have been in that position," Yellow Jackets coach Josh Pastner said. "We should have been up. We had those free throws, and James had the layup."

Hill provided the spark offensively and Justin Robinson defensively as the Hokies earned a tough conference road win with a trip to No. 4 Virginia up next.

Virginia Tech appears to be back where it left off last February when it achieved its highest ranking ever at No. 8. But on this night, the Hokies had to make do without their usual perimeter shooting.

"I think we have a battle-tested team with poise," Blackshear said. "I think it was similar to the test we had (in a loss) at Penn State earlier in the year. We feel like we got over some of the struggles we had offensively and got a few stops late."

Virginia Tech was 2 for 13 on 3s before Hill connected from the left corner. He followed with an acrobatic, fast-break dunk on the ensuing possession to make it 37-27.

The Hokies missed their next eight attempts from outside the arc before Isaiah Wilkins hit a 3 with 7:42 remaining.

Virginia Tech: Robinson, a senior guard and the school's No. 3 career leader in assists, turned his focus to defense with the Hokies struggling to shoot in the first half, drawing three offensive fouls and pumping his fist at the Georgia Tech student section during another stand. In the closing minutes, Robinson jumped to affect Devoe's attempted 3 and fell hard to the floor and hit the small of his back in front of the Virginia Tech bench. He rolled over onto his chest, got up and soon grabbed the missed free throw before assisting on Hill's layup with a long bounce pass.

Georgia Tech: The Yellow Jackets were coming off three straight wins because of improved shot selection, but they couldn't match Virginia Tech's length and size. Alvarado was the only steady offensive force. Banks, the team's second-leading scorer, had just two points on 1-for-5 shooting. Curtis Haywood III, its fourth-leading scorer, missed the game with flu-like symptoms.

Virginia Tech: Off the rest of the week. The Hokies visit No. 4 Virginia next Tuesday.