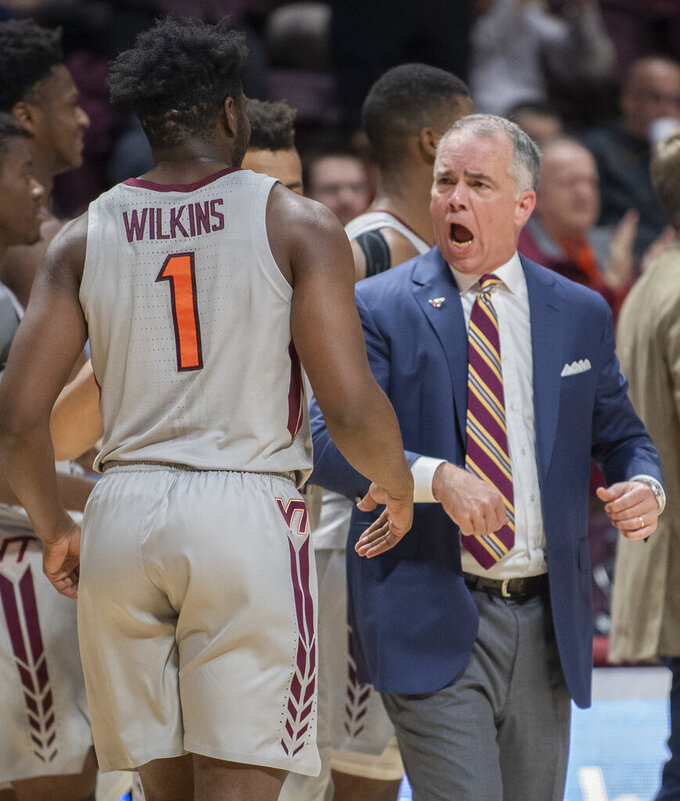 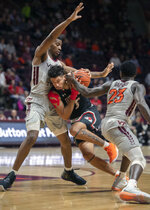 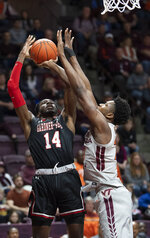 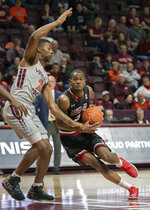 BLACKSBURG, Va. (AP) — Mike Young isn’t a university professor at Virginia Tech, but if he were, he would be a tough grader.

He graded the Hokies a B when asked if he liked Virginia Tech’s energy level during the Hokies’ 27-point victory Sunday.

“Should be an ‘A.’ Every time out,” the Virginia Tech coach added.

He followed that by saying his young team was getting better, and they appeared to take yet another step, as Landers Nolley II scored 18 points to lead the Hokies to a 73-46 victory over Gardner-Webb.

Nolley hit 6 of 14 from the floor for the Hokies (8-3), who extended their home-court nonconference winning streak to 31 games. Nolley, who had just one 3-pointer in the previous two games, snapped out of his slump, connecting on five 3-pointers.

The Hokies scored a season-low 63 points and shot just 39% in a victory over Chattanooga on Wednesday. They only made 6 of 21 from beyond the 3-point arc in that one.

Nolley nearly made that many Sunday, and the Hokies hit 13 3-pointers against the Runnin’ Bulldogs (3-8), who lost their third consecutive game.

“I thought Gardner-Webb did a pretty good job of guarding us,” Young said. “I thought we turned down a couple of good ones (shots) for great ones. … We just happened to crank it a little better today. I don’t think there’s anything I’m going to see on film that I can point to and say, ‘There it is.’ We just shot better.”

Nolley also hit two 3-pointers in that span, while Gardner-Webb made just 1 of its first 12 shots to start the second half.

“We knew it would be hard to score, and they had a lot to do with it,” Gardner Webb coach Tim Craft said. “We’re in an offensive funk right now. I mean, we are in a funk. We struggled in our last one against Kennesaw State (an 85-61 loss), and we’ve just got some guys that are struggling a little bit. I think it was a combined factor. I think we got some good shots that we just didn’t make, but I do think Virginia Tech’s defense certainly had something to do with it.”

Gardner-Webb: The Runnin’ Bulldogs were picked to finish second in the Big South’s preseason poll, but they’ll need better play from Jose Perez, a preseason All-Big South first-team choice who was averaging 13.2 points per game. Perez, though, scored just 12 points, making only 4 of 15, and his frustration boiled over midway through the second half when he received a flagrant one foul.

Virginia Tech: Nolley’s 3-point barrage sparked a 3-point resurgence for the Hokies, who nailed 13 after hitting just 11 combined in the previous two games. Their 13 3-pointers tied for their third-most in a game this season. With only three players bigger than 6-6 on the roster, the Hokies have to make 3-pointers to enjoy any success.

Virginia Tech’s bench scored 34 points Sunday. That group made 11 of 23 from the floor, including five 3-pointers, and the 34 bench points marked the Hokies’ second-most this season. Isaiah Wilkins, who had scored in double figures in just one game coming in, led the way with 13 points.

“I know my lane,” Wilkins said. “I know what I have to do. I never get down on myself, or do anything that throws me off of my game. I just keep playing.”

TOP BULLDOG OUT WITH INJURY

Gardner-Webb played its second consecutive game with Nate Johnson, who sat with an injury. Johnson averages 8.8 points per game and is the team’s best shooter.

“I think it’s hurting us,” Craft said. “Our roster, we don’t have great shooting, and he’s our best shooter and our best perimeter defender. I think it put more pressure on everyone else to make open shots and make plays. We’ll get him back soon, and it should help us. It should be the next game.”

Gardner-Webb: The Bulldogs play at home Thursday against Bob Jones.

Virginia Tech: The Hokies play host to VMI on Saturday.