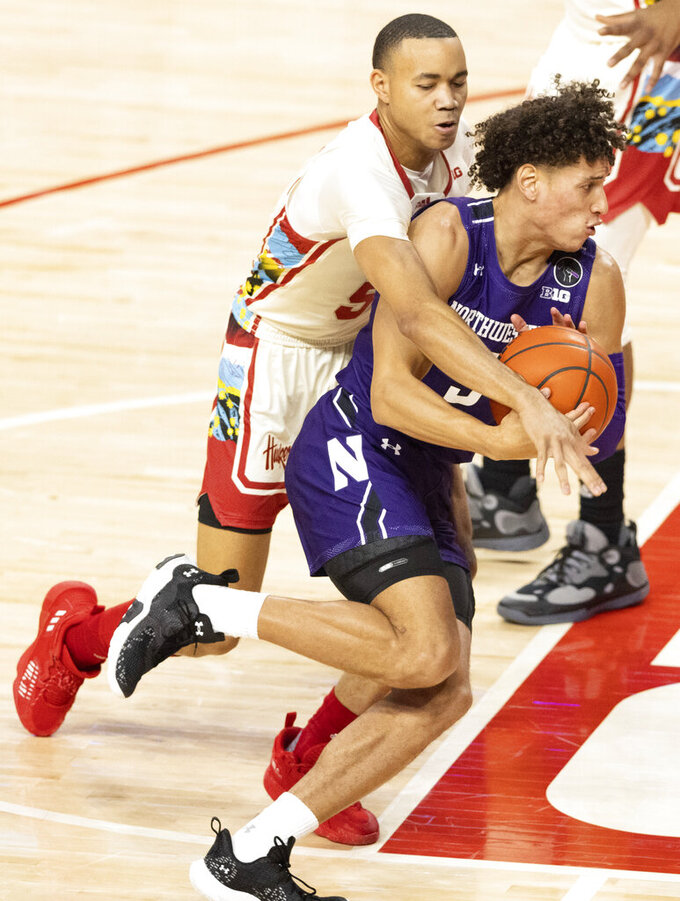 Northwestern's Ty Berry (3) drives for the basket as Nebraska's Bryce McGowens (5) reaches in from behind during the second half of an NCAA college basketball game Saturday, Feb. 5, 2022, in Lincoln, Neb. Northwestern won 87-63. (AP Photo/Rebecca S. Gratz)

LINCOLN, Neb. (AP) — Boo Buie scored a season-high 27 points, Northwestern made a season-high 13 3-pointers, and the Wildcats rolled past Nebraska 87-63 on Saturday.

Northwestern led 49-27 at halftime after making 10 of 23 3-pointers. The Wildcats finished the game 13 of 31 from distance and shot 49% overall. Julian Roper's layup with 4:53 to go matched Northwestern's biggest lead at 35 but the Wildcats did not score again.

Since Northwestern’s 64-62 win over then-No. 10 Michigan State on Jan. 15, the Wildcats had lost four in a row before beating Rutgers and now Nebraska. Northwestern hosts Indiana on Tuesday.