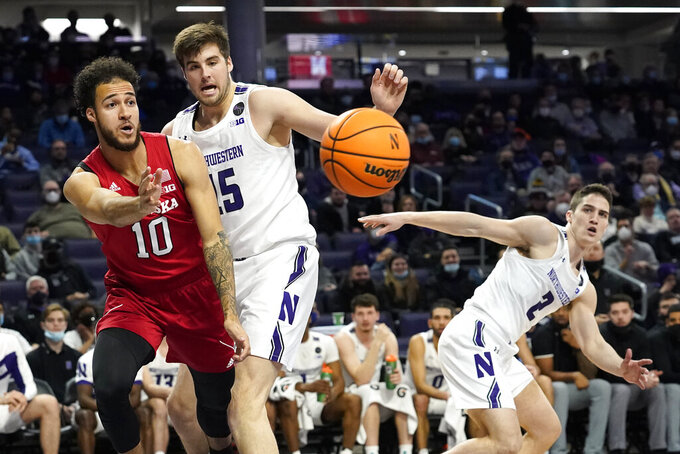 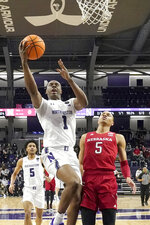 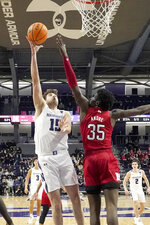 EVANSTON, Ill. (AP) — Pete Nance scored 20 points and Northwestern pulled away in the second half to beat Nebraska 77-65 on Tuesday night.

Nance made 8 of 11 field goals. Boo Buie and Chase Audige added 15 points apiece for Northwestern. The trio combined for nine of the Wildcats' 13 3-pointers. Ty Berry made two 3s and finished with 10 points.

Northwestern opened the second half on a 26-14 run for an 18-point lead with about 10 minutes left and stretched it to 68-47 with 7:27 remaining. Nance made three of Northwestern's six shots from long range as the Wildcats finished 15 of 27 (56%) from the floor in the second half.

Northwestern led by as many as 14 points before Verge scored all 10 of his first-half points in the last seven minutes to help Nebraska cut the deficit to 37-31 at the break. Nance scored nine points, and Buie and Audige had eight apiece for the Wildcats.

Webster and Verge made consecutive 3-pointers to help Nebraska pull to 72-63, but they didn’t get closer.