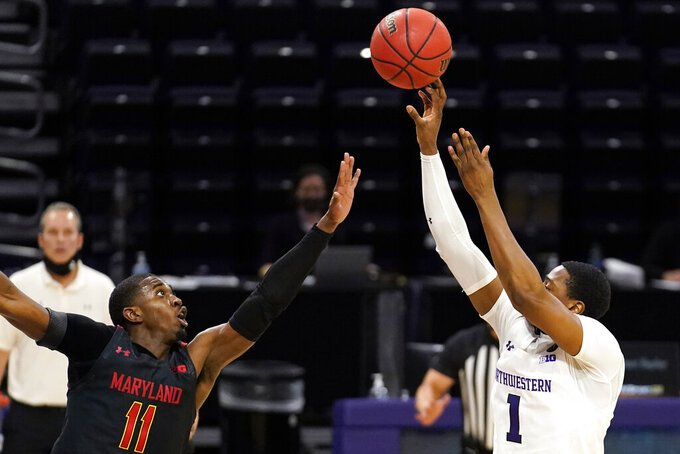 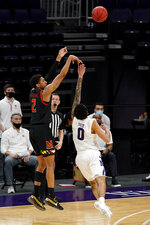 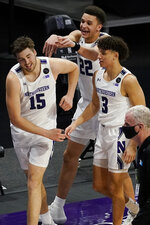 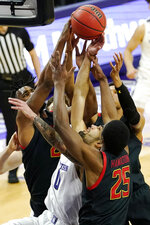 Northwestern (8-14, 5-13 Big Ten) has won two straight since halting a 13-game losing streak. The Wildcats also snapped a five-game skid against the Terrapins and beat them for the first time at home.

Buie and Audige were a combined 10-of-22 shooting and made seven of the Wildcats' 10 3-pointers. Pete Nance added 12 points.

Wiggins scored a career-high 26 points to lead Maryland. He was 10 of 15 from the floor and made five 3-pointers. Morsell finished with 14 points and five assists.

Northwestern's last win in the series was in the 2017 Big Ten tournament. The Wildcats beat the third-seeded Terrapins 72-64 to advance to the semifinals for the first time in program history.

The teams end their regular seasons on Sunday. Maryland hosts Penn State and Northwestern plays at home against Nebraska.