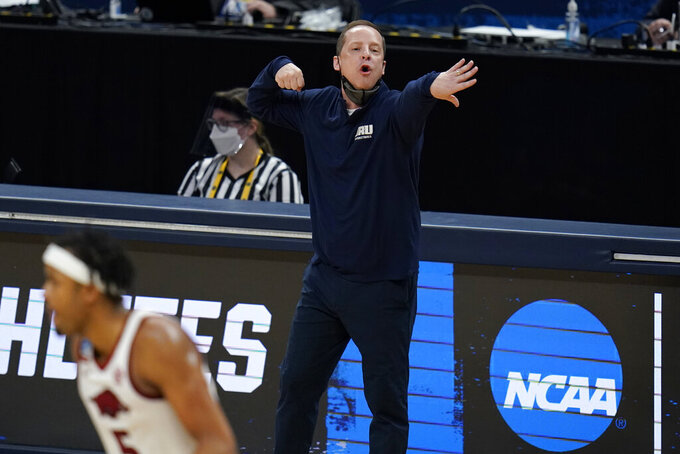 TULSA, Okla. (AP) — Oral Roberts coach Paul Mills, who led the 15th-seeded Golden Eagles on a surprising run to the Sweet 16, agreed to a new contract Thursday that the school called a “longterm commitment.”

Oral Roberts claimed the Summit League's automatic berth to the NCAA Tournament by winning three games in the league tournament.

Behind the play of Max Abmas and Kevin Obanor, the Golden Eagles then upset No. 2 seed Ohio State and No. 7 seed Florida for their first NCAA tournament wins since 1974. The run ended with a 72-70 loss to Arkansas last Saturday.

“We are very excited about the direction the men’s basketball program is with Paul as our coach for the future,” athletic director Mike Carter said in a statement. “I believe that he is the perfect coach for ORU basketball and we look forward to more years of continued success.”

Mills has a 57-67 overall record at the school. His teams finished 17-14 last season and 18-11 this season. Details of his new deal were not released.