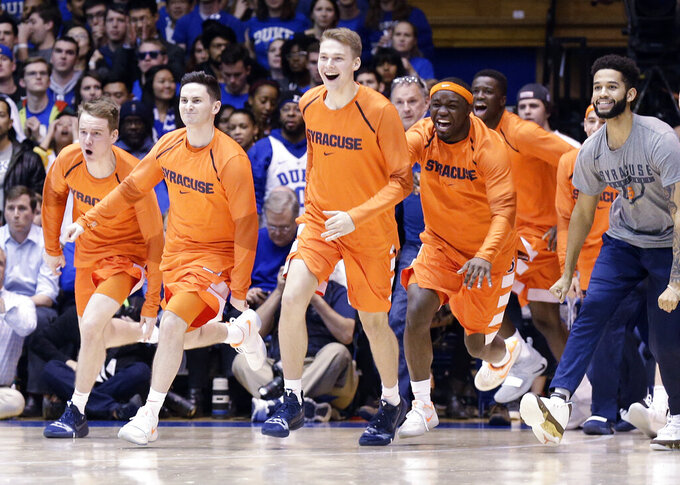 SYRACUSE, N.Y. (AP) — A central New York businessman says he's following through with a pledge to donate $150,000 to area Boys & Girls Clubs in the aftermath of Syracuse's upset of No. 1 Duke.

Adam Weitsman, a well-known Orange fan and owner of recycling and shredding business, posted on Facebook before the game that he would make the donation if Syracuse won. The visiting Orange upset the Blue Devils 95-91 in overtime Monday night.

Weitsman tells the Post-Standard of Syracuse that on the way to the game at Cameron Indoor Stadium he was reading about a Syracuse recruit who learned to play the game at the Boys & Girls Club in Rochester, New York.

That's when the idea of the donation came to him. Weitsman's grandfather was a founding member of a Boys & Girls Club in New York. Also, the foundation of Syracuse coach Jim Boeheim and wife Juli supports branches of the organization.

Weitsman was among a group of Syracuse fans that sat behind the team bench for the victory. He says "it's amazing to be able to help them out."