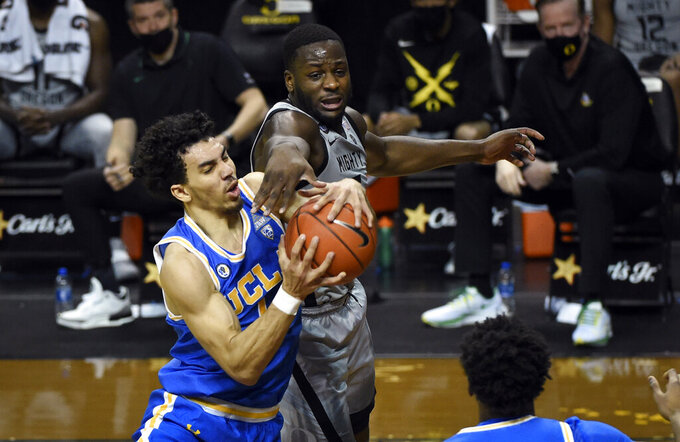 The Ducks, who moved a half-game ahead of UCLA and Southern California in the Pac-12 standings, play at Oregon State in the regular-season finale Sunday with a chance to clinch the conference title. The Beavers beat a short-handed Oregon 75-64 on Jan. 23. Duarte, Richardson and Figueroa missed the game for various reasons.

Junior Jules Bernard had a career-high 23 points for UCLA, but was scoreless over the final 13 minutes as the Ducks erased a nine-point deficit.

Jaime Jaquez Jr., who finished with 15 points for the Bruins, hit a jumper to make it 60-51 with 11:16 to play but the Bruins went 1 for 6 from the field and committed six turnovers as Oregon scored 15 of the next 17 points. Cody Riley converted a three-point play to make it 68-all with four minutes left but Figueroa and Omoruyi each made a layup before Duarte hit a 3 late in the shot clock to put the Ducks in front for good.

The Bruins (17-7, 13-5) have lost back-to-back games for just the second time this season, squandering control of their own destiny in the Pac-12. They play USC in the regular-season finale on Saturday.