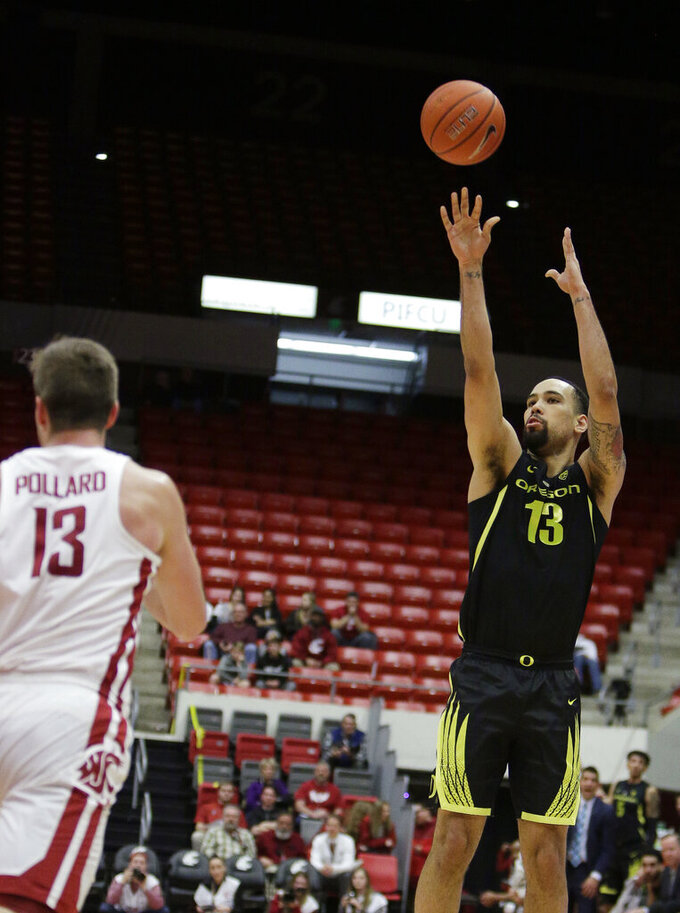 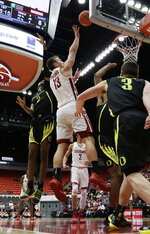 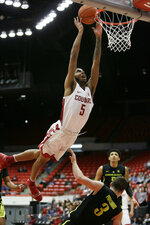 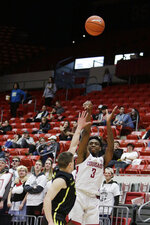 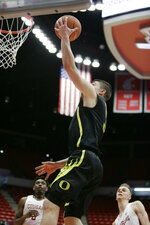 "Defensively (controlling) Franks was the big key, he is such a talented player and we didn't want to give him too many looks," Oregon coach Dana Altman said. "They did beat us on the boards (35-29), I was a little disappointed I thought we leaked out and gave them too many second shots. For the most part I thought it was a pretty good effort."

Oregon took control of the game with an 11-2 run late in the first half. A 3-pointer from Louis King and back to back 3's from Bailey sparked the run that gave the Ducks a 37-26 lead. Pritchard followed with a layup at the buzzer for Oregon, extending the lead to 11 at the break.

In the first five minutes of the second half WSU committed five turnovers and went scoreless for four minutes.

Points off WSU turnovers was a big key to Oregon's success, Altman said.

Bailey hit back to back 3's for Oregon within 51 seconds for a 54-39 lead midway through the second half.

WSU cut the lead to 13 with four minutes remaining when White nailed a dagger from 3-point range with 3:42 remaining to seal the game.

"As a team we had too many turnovers and too many miscues on a night where I didn't think we looked very well playing together," Kent said. "I thought we were a little bit selfish on the floor and when you do that you just don't look good and you can't take care of the basketball when you are not sharing the ball."

Oregon: With only one game remaining the Ducks look to position themselves in one of the top four seeds for Pac-12 tournament play.

Altman said he would love to be a top four seed heading into the tournament but knows it is out of his control.

"We don't have control over it, so we just got to go play. If it happens, it happens but it doesn't happen if we don't win on Saturday," Altman said. "All we need to be focused on is playing well at Washington and find a way to win."

Washington State: Has now lost four in a row with one game remaining. Since the Cougars are second to last in the Pac-12 standings they have no chance of moving up in seeding for the tournament.

Oregon: At Washington on Saturday.