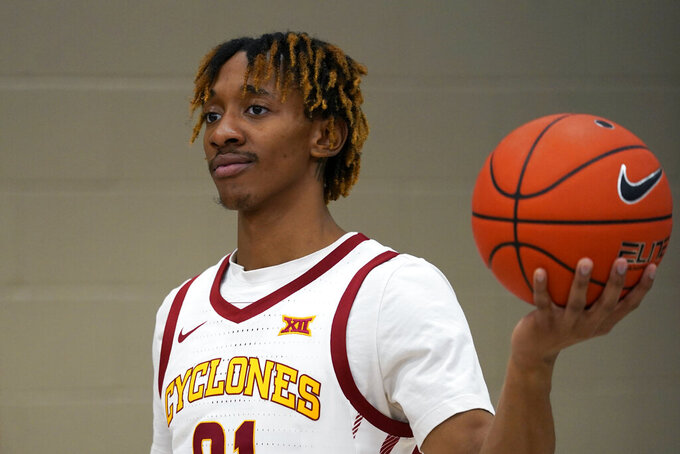 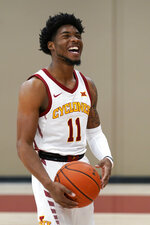 The task of turning around Iowa State is personal to T.J. Otzelberger.

Otzelberger is beginning his third stint in Ames, his first as head coach, after spending the last two years at UNLV.

He was an assistant at Iowa State under Greg McDermott, Fred Hoiberg and Steve Prohm for a combined eight years. He's experienced the joy of Hilton Magic and is determined to make the venerable coliseum a hot spot again on winter nights.

“This place means everything to my family and I, and we’re not going to recruit guys that don’t value it to that same level,” said Otzelberger, who is married to former Iowa State women's basketball star Alison Lacey.

Otzelberger, who signed a five-year contract paying $1.5 million annually, has his work cut out. Iowa State was 2-22 last season, its fewest wins since 1924-25. Its 0-18 Big 12 record marked the program's first winless season in conference play since 1936-37.

The firing of Prohm prompted a predictable run to the transfer portal by last season's players. That left Otzelberger with three returning contributors who accounted for 13% of the team's scoring and 19 combined starts.

The influx of five transfers should give the Cyclones a chance to be more competitive. They picked up guards Gabe Kalscheur from Minnesota, Izaiah Brockington from Penn State and Caleb Grill from UNLV, and forwards Aljaz Kunc from Washington State and Robert Jones from Denver.

The only freshman is Tyrese Hunter, and he could end up being the starting point guard. The four-star recruit was the No. 35 national prospect by 247Sports.

The Cyclones went to the NCAA Tournament seven of eight years under Hoiberg and Prohm. They've gone 14-42 since their last appearance in 2019, and Otzelberger doesn't have a feel for when they'll be back.

“Certainly we hope sooner rather than later,” he said. “I’ve seen it happen here in this program. I’ve lived it. I’ve witnessed it. I’ve been a part of it. So I know what it looks like."

Xavier Foster, a 7-footer who was effective in limited minutes last season, was dismissed from the team Oct. 8 after he was named as the target in an Ames police sexual assault investigation. Foster has not been charged with a crime and has since entered the transfer portal.

George Conditt IV and Jones could play center, with Kunc and Blake Hinson able to fill in when the Cyclones go with a smaller lineup.

Otzelberger said he's excited about Jones, who will be transitioning from the low-major Summit League to the Big 12.

“He brings physicality and toughness to our front line,” Otzelberger said. “He’s a dirty-work, lunch-pail type of guy and has a nasty streak to him.”

Hunter brings a strong all-around game to the Cyclones after averaging 18.9 points, 6.3 rebounds and 4.6 assists as a senior at St. Catherine’s High in Racine, Wisconsin. He led his team to a 53-1 record his last two seasons.

“He’s a guy that’s a sponge,” Otzelberger said. “He stares you in the eye and has great body language, so he’s got a lot of strengths, and we'll continue to develop those with him and we’re going to trust him. He’ll learn on the job and be better.”

With seven of the 12 players in their first season at Iowa State, bonding has been a priority. In addition to eating meals together, the players have gone bowling, played dodgeball and taken part in other team-building activities.

“It’s just important to build a non-basketball relationship,” Jones said. “It's how you expand your mind and respect them more as a person.”

The Cyclones open at home Nov. 9 against Kennesaw State and host Oregon State on Nov. 12. They'll go to New York for the NIT Season Tipoff and play Xavier on Nov. 24 and Memphis or Virginia Tech on Nov. 26. Their Big East/Big 12 Battle game is Dec. 4 at Creighton.